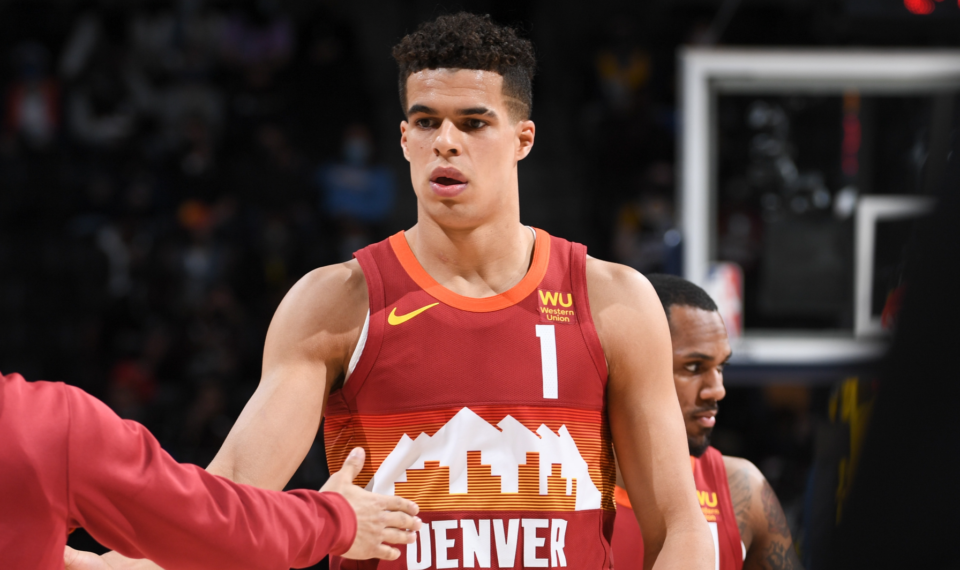 After losing Jamal Murray for the remainder of the season and victory for the Nuggets, a good part of their players stepped forward to compensate for such a difficult loss.

Triumph 123-106 against the Heat, who still cannot find their place in the season, the Heat who played without Goran Dragic and without Victor Oladipo, and who were tremendously fragile in defense in the central quarters of the game, 24 minutes in which they conceded 70 points with a 70-48 run to end the third quarter with a 17-point deficit.

Denver, going 35-20, had 6 players in double figures. Michael Porter Jr., his great first half, was the local top scorer with 25 points, which he accompanied with 10 rebounds, 3 blocks, and a great 10 of 14 on the shot. But, as always, the true backbone of the entire Nuggets game was Nikola Jokic. The Serbian signed his 15th triple-double of the season: 17 points, 10 rebounds, and 11 assists.

JaMychal Green (17 points in 19 minutes with great success from the triple) and Aaron Gordon (16 points and 9 rebounds) improved performance. And Malone’s team thus forgot their last defeats, doubly painful for the way in which both setbacks occurred.

Before the loss of Murray, Monte Morris occupied the starting point guard position and Facundo Campazzo covered his back. The Argentine played 26 minutes to make 8 points, 5 assists (a beautiful one without looking), and 2 of 4 from the triple, one of which he plugged it at the end of the third quarter to give the advantage of 17 points to his team. Cordovan is still in good vibes.

The Nuggets showed a very good defensive background and did not forget their hallmark in attack, a hallmark that is none other than an excellent movement of the ball with Jokic as the pattern of the game.

Denver shot 54% from the field, made 17 triples approaching 50% effectiveness, dominated the rebound, and had no problem resolving the compromise in his favor.

Miami lives in another movie. Incapable of the Spoelstra team to take a defined and seamless course after caressing the title last year. The team is 28-27, but its squad could give much more of itself. It’s been an obstacle course for Heat this season.

Without Oladipo, without Dragic, with Jimmy Butler taking just 8 shots in the entire game, and with Tyler Herro posting a 2 of 10 on the field goal, Miami ended up succumbing.

Bam Adebayo had 21 points, Kendrick Nunn added 16, and Butler had 13 points and 9 assists.

Good game for Trevor Ariza , who started again and was on the court for 25 minutes. He finished with 13 points and 3 of 3 from the triple.