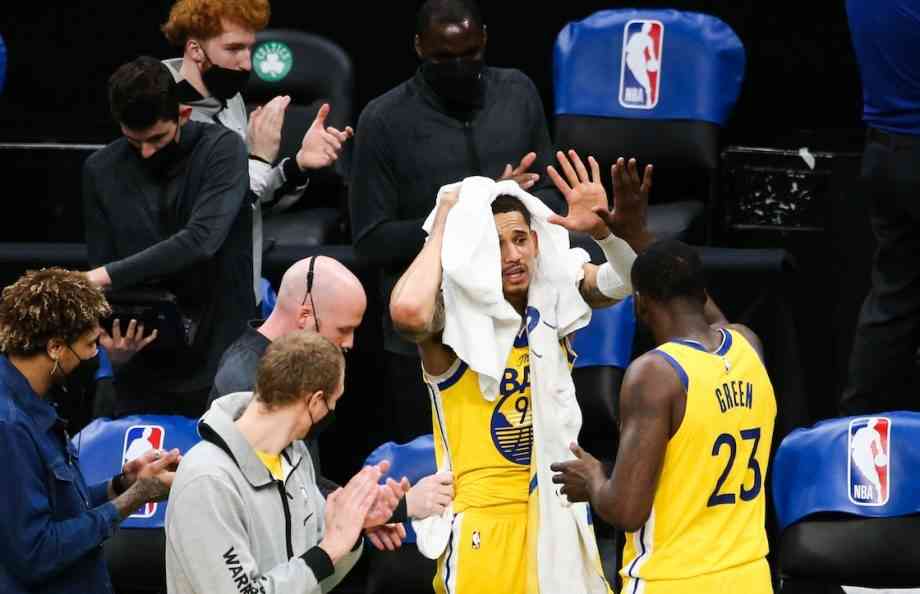 Juan Toscano earned the admiration and respect of the NBA on Twitter after launching as Dennis Rodman with the Warriors.

The Golden State Warriors lost James Wiseman through injury, and although they will miss the rookie, the doors were once again opened to Mexican Juan Toscano, who has literally left his soul on the floor.

The Mexican added 20 points in the game against the Cleveland Cavaliers at midweek and thus became the mexa with the most units in an NBA game, and against the Boston Celtics, he won the hearts of the Warriors fans, after an action that forced him to leave the game to be treated for a cut to the head that earned a few points.

The fall of Juan Toscano

With just over five minutes to go into the fourth period against Boston, the Mexican raffled off a Dennis Rodman-style action by diving for the ball to prevent it from going out.

The Mexican save caused a triple by Steph Curry and a strong blow with various structures, including a pair of monitors, which caused the Mexican to receive medical attention on the spot.

After a few minutes, the Mexican was directed (by his own foot) to the locker room with a towel over his head to apply pressure and control the bleeding, and although the injury does not seem so serious, he will have to undergo the concussion protocol, so it will be constantly reviewed.

This action drew praise from fans for the Warriors, despite the 119-114 loss.