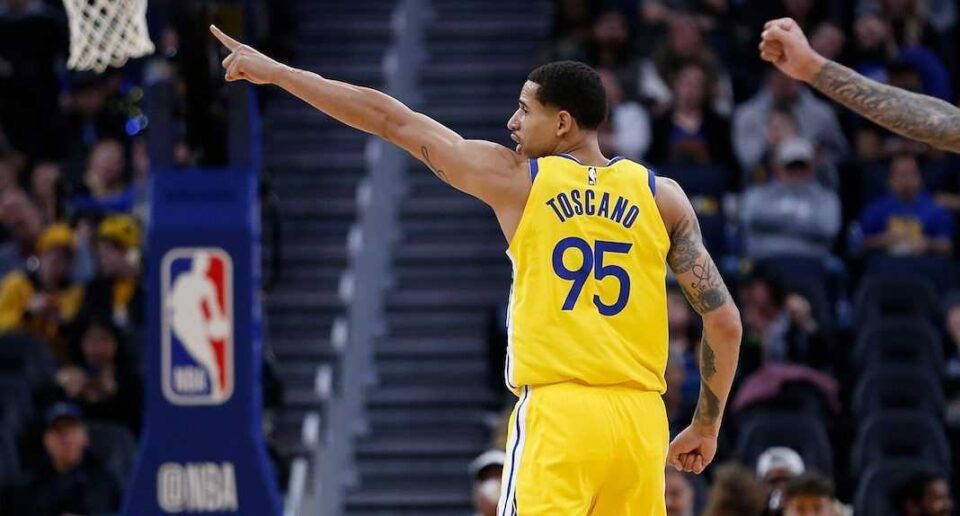 Juan Toscano’s life has been full of challenges and surprises. Many times he wanted to throw in the towel, the last one was when he was cut from the Golden State Warriors roster two days before starting the 2020-21 NBA season. On December 22, the same team offered him a double track contract, and in the evening, he was playing the first game of the season.

From Chavida, Michoacán, to Oakland

The Toscanoes settled in the United States a few decades ago, thanks to their maternal grandfather, who left the town of Chavida, Michoacán, in search of better life opportunities. It is estimated that about four million people live in the United States, and most of them settle in the state of California. “It’s almost another Michoacán,” said the state’s governor, Silvano Aureoles.

Juan was born on April 10, 1993. His mother is Mexican, originally from Michoacán, and his father has Puerto Rican nationality. He spent much of his life on 95th Street in Oakland, just 10 minutes from Oracle Arena, the Warriors’ former home.

There he grew up in the midst of a mixture of cultures, on the one hand, Latin, and on the other African American. For this reason, he could well choose soccer as a sport, but he excelled in basketball.

The first connection between the Warriors and Toscano

The first time he was part of the Golden State was during childhood, when he attended a team’s free clinic in 2000. After 20 years, his dream of being a player for the Warriors was fulfilled.

The path in the sport was clearer in adolescence to the point that he became a star in his school and thus reached Marquette University, in Wisconsin, but he did not stand out enough, and four years later, he threw in the towel, to such point that did not pay attention to the Draft. “Basketball was over for me.”

The sacrifice that changed his life

With Fuerza Regia, he had a good income, he was a star player, but he knocked on doors in the G-League, the NBA development league, with the Santa Cruz Warriors, the Golden State affiliate team.

He was on trial for a couple of weeks along with three dozen other players, and in the end, he was part of the chosen group, but the economic issue forced him to rethink things, since they offered him a salary of two thousand dollars a month (40 thousand pesos, approximately), which was a low figure compared to other offers.

“I was not trying to regress financially. But my girlfriend pushed me. He told me to try, that later we would see what happened with the money, “he shared.

The Boy from 95th Street

On February 9, 2020, Toscano made his NBA debut, with number 95, the highest number in the team’s history. “I looked at my phone, went to the Warriors page, and reacted like: wow, I’m really on the Warriors! Sometimes it just seems like it just had to happen. “

That same number he carried with Santa Cruz, and it was the way in which he let the world know his origins, since he grew up on 95th Street, in East Oakland.

There he lived with different cultures and races. He identifies as Mexican and, in his own words, black. Mexican for his mother and black for his stepfather, originally from Louisiana, and fights for both causes, however he is criticized.

“A lot of people try to dismiss my blackness because the NBA is pushing my Mexican heritage a lot. They forget that I’m half black. But, on the other hand, there are many Mexicans in Mexico who say that I am not Mexican,” he shares.