Mexico Ran Out Of basketball At Olympics…

How Does Sprint Qualifying Work At The…

“Field Of Dreams” Will Return To MLB!…

No Wonder They Let Him Go! They…

Everything You Need To Know About Xbet…

How Much Money Would Floyd Mayweather Accept… 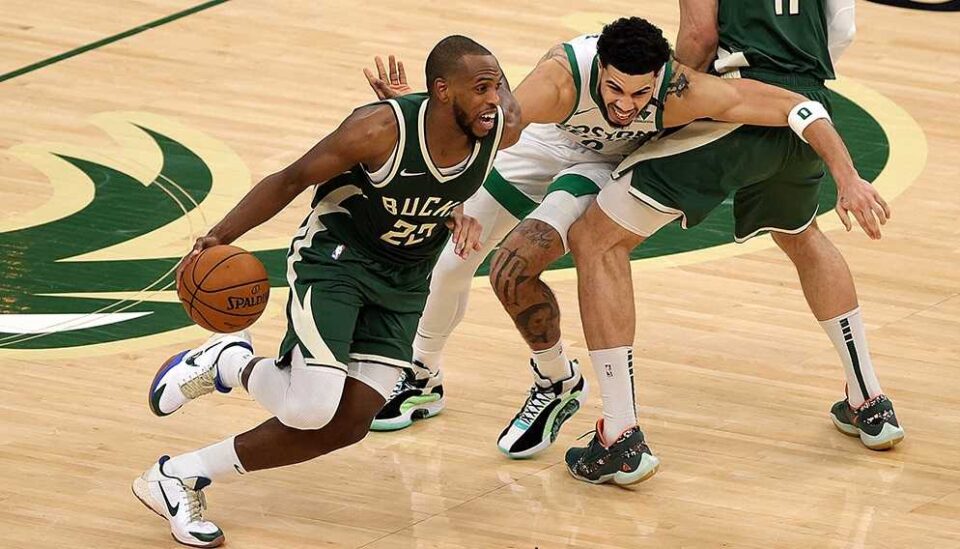 It was held by Daniel Theis. The German’s triple flew over the horn to seek the Celtics victory at the Fiserv Forum, but did not enter. The win was definitely up to the Bucks by a narrow margin, 121-119. Nobody could have imagined that this final situation, that triple winner of Theis who did not get to be, could occur in the Bucks-Celtics, as the game had developed.

Boston came to lose by 25 points, not in the first quarter or the second, no, but in the third. Playing the third act, Milwaukee was winning 90-65! The locals had taken over time and space and made the track even more their own. It was being a real dance before some deserted Celtics who began to see the wolf’s ears in the form of a beating without mitigating.

Everything pointed to the visiting debacle. That 90-65 with the Bucks on fire and the Celtics dwarfed to say enough, and Boston’s propensity to play unseemly late-game just heralds disaster, but it didn’t come.

Far from fulfilling the most dire predictions, Boston drew its historical pride at the least expected moment, the moment when Kemba Walker was resurrected.

Three triples by Donte DiVincenzo and a technique between triples had brought the score to that tremendous 90-65. Boston had conceded 90 points in two and a half quarters from no defensive work! In the line of his bad run of results, a bad run in which the defense has been conspicuous by its absence. But then came the reaction to leave at the end of the third quarter with a worthy 100-86.

Kemba Walker scored 14 points in the third quarter and helped sustain his team in the game while adrift.

Milwaukee, who scored 35 points in the first quarter, had 70 at halftime and 100 at the end of the third quarter, had Khris Middleton, Bobby Portis microwave, Brook Lopez, Donte DiVincenzo at a triple rate, and Jrue Holiday on offense, with Giannis Antetokounmpo having scored only 8 points of his team’s 100. Yes, these Bucks are a lot better built than they were last season.

Come the last quarter, the game got more and more complicated for Milwaukee. The exuberant local offense got bogged down by Boston’s improved defense, which throughout the game was very concerned about stopping Anteto, scoring points through a large part of his teammates.

Boston was reducing its disadvantage until the victory was really close to it. Four straight 3-point plays gave Brad Stevens options: a triple from Jayson Tatum, a 2 + 1 from Tatum himself, another triple from Kemba, and another from Jaylen Brown! And the scoreboard went to a 121-119 that left the staff amazed.

Then came two bad offensive decisions from Boston in the form of penetrations and two excellent rim protection from Milwaukee. At 121-119, DiVincenzo’s block on Kemba Walker’s tie attempt and Brook Lopez’s block on a similar attempt by Marcus Smart.

Between whistles and flutes, the situation was that Boston ended up serving under the rim of Milwaukee with 121-119 against and a second to play. It seemed impossible that the opportunity for visitors would come. But it came. Defensive cluelessness. Brook Lopez is protecting the ring again and unmarked in the triple Theis, the ball reaches the German, and he has a diaphanous triple to win the game. It does not go in, Bucks breathe, and Celtics run out of prowess.

The Bucks prevail for their eighth consecutive victory, and the Celtics lose to fall in 5 of their last 6 games.

Milwaukee has Middleton in 27 points and 13 rebounds, his excellent game, Bobby Portis in 21 points and 4 triples in 17 minutes, fiery participation, Brook Lopez in 17 points and 3 steals, Donte DiVincenzo in another 17 points with 5 of 6 from the triple. Holiday fades in the final part of the game and Anteto finishes with 13 points, 8 rebounds and 7 assists, light years away from his usual numbers.

In Boston, which lost to Semi Ojeleye in the second quarter after being hit, Jaylen Brown has 24 points and 10 rebounds, Kemba Walker has 23 points, 6 assists and 5 triples, Jayson Tatum adds 18 points, 8 rebounds and 5 passes from basket, with poor shooting percentages, and Jeff Teague, who is improving by leaps and bounds, signs 15 points in 17 minutes.

What Do The Bucks Lose Without Their Star Giannis Antetokounmpo?