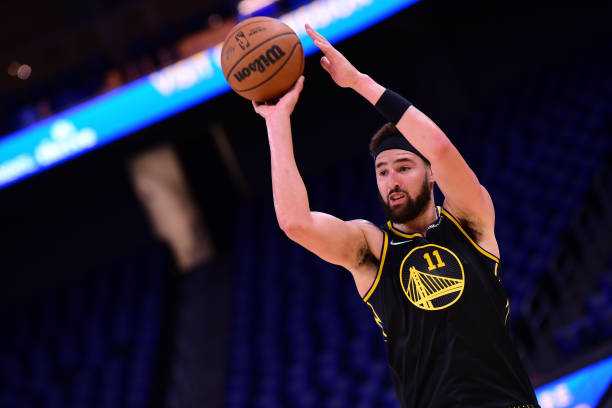 The escort trains without limitations with his teammates and is excited. However, warriors remain cautious and prefer not to set a date for the return of the guard.

With a smile from ear to ear. This is how Klay Thompson left this Tuesday what has been his first full training session with his team for almost 2 and a half years. Little by little, the nightmare is being left behind, and the dream of returning to the slopes is coming true.

Thompson had not fully trained with the rest of the Warriors squad since he damaged the anterior cruciate ligament in his left knee in June 2019 in Game 6 of the Finals against the Raptors.

Then, without having yet been able to exercise fully, came the second great disappointment in November 2020: injury to the right Achilles tendon. And Klay has not played a basketball game for almost 2 1/2 years.

This Tuesday, he took the big step to compete again. Before, last week, he had already received the permission of the doctors to exercise in the 5 against 5. He has been burning stages in the rehabilitation, and now he is already very close to the goal.

“It’s very exciting,” Thompson said at the conclusion of training. ” Just running up and down the court and playing basketball is a true blessing and makes coming to work very easy,” said the All-Star, who acknowledged that there is still caution: “I have to be patient.“, he warned.

Player thanks to all those who have been by his side in this arduous process.” The work done over the last 2 years is paying off, ” said a happy Thompson.

Meanwhile, his trainer, Steve Kerr, did not enter into the rumors that place the return of Klay around Christmas. “We do not have a date,” stressed the coach, who wants to eliminate any type of pressure on the player.

An additional element to avoid rushing after such a long journey is that the Warriors is 15-2, the best record in the NBA, which gives a wider margin than expected to the team when it comes to maneuvering without any hurry with Thompson.