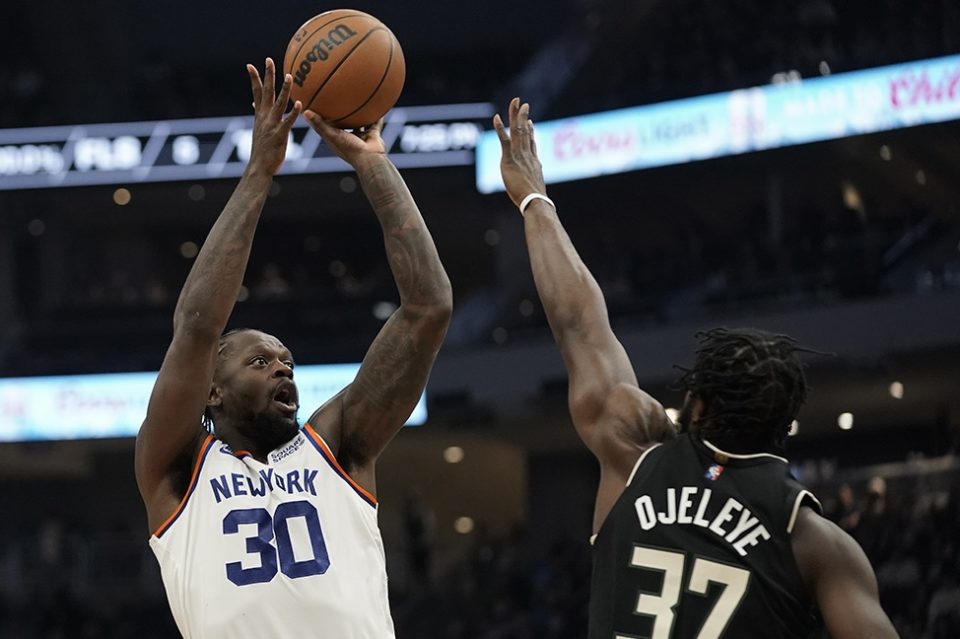 These Knicks have character, as they already demonstrated last year, a character instilled in the day to day by their coach, Tom Thibodeau , a competitive character that has allowed them today to overcome 21 points to the Milwaukee Bucks to win 98-113.

New York, which is already on balance 6-3, has signed the comeback by imposing its group DNA from the second quarter, a DNA that passes yes or yes through a defense that wins games.

The New York team was losing by 21 points (40-19) just at the beginning of the second quarter after receiving a severe review in the first by the hand of some spectacular Bucks, some Bucks that made 8 triples in the first 12 minutes of play having as main source of happiness to a stellar Grayson Allen, and not just stellar in scoring.

But then the champion team was diluted like sugar in coffee as the Knicks pushed their forced defensive adjustments.

Milwaukee, which is a poor 4-5 in the table, could only score 35 points in the entire second half. The mental energy and physical power of these Knicks, not without quality, gradually forged on the court until they decomposed the locals, and New York took 1:40 ahead of the end of the third quarter with an RJ Barrett basket that put the 81-82, to end the third quarter winning 83-88 and definitely bury the Wisconsin in the last stretch of the game.

Knicks martyred the rival on the boards (captured up to 20 offensive rebounds) and enjoyed a very productive second unit.

Julius Randle was his best piece with 32 points and 12 rebounds, Derrick Rose exhibited game from the substitution with 23 points, 8 rebounds and 4 assists and Barrett added 20 points.

Also, an excellent performance from Nerlens Noel and a night to forget Kemba Walker, who finished with 5 points in just 15 minutes after not scoring in the entire first half. Kemba’s physique is what it is.

Milwaukee was losing steam to crash in the final quarter. The team is still without Khris Middleton and Brook Lopez, among others, although it had the good news of recovering the injured Jrue Holiday (10 points in 20 minutes), who started as a substitute after missing the last 5 games.

The Bucks, who fell 35-57 in the second half, had Giannis Antetokounmpo with 25 points, Grayson Allen with 22 (6 of 9 from the triple) and Jordan Nwora with 13 after a very good first half.