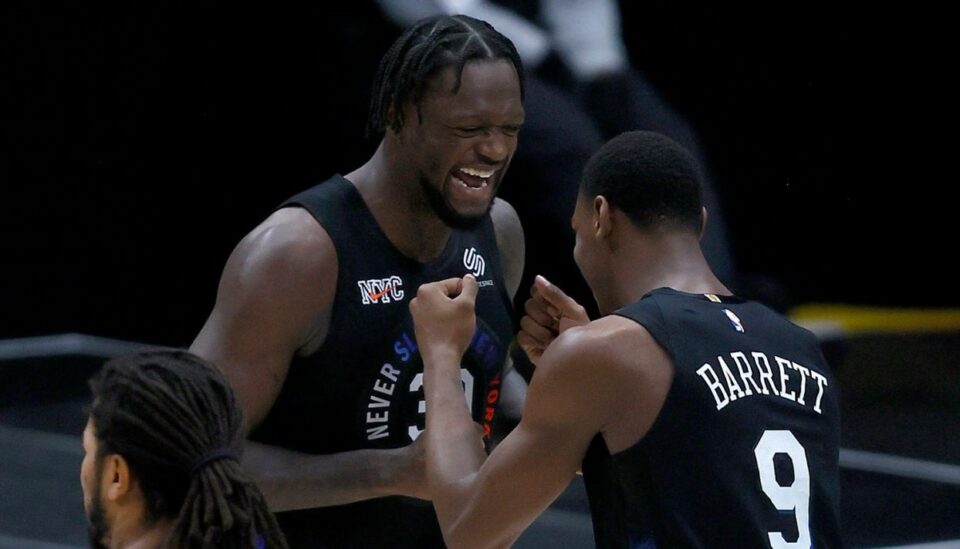 Dallas runs out of award despite Doncic equaling 19 assists record

You can no longer say that these Knicks are a flower of a day. Tom Thibodeau is shaping a team to his liking, a team that walks day by day and that with that walk is sixth in the East bordering on the possibility of placing fourth.

Today, a quality victory in Dallas (109-117) to add already 5 wins in a row, the best winning streak of the Knicks since 2014, which is said soon, by the hand of a seamless leader, a tremendous Julius Randle.

Randle was once again a prophet in his land. He thoroughly enjoyed the Knicks star on his visit to his hometown of Dallas. The numbers speak for themselves: 44 points, 10 rebounds and 7 assists, with 16 of 29 in the field goal and 6 triples scored. He became the first Knicks player to make a game of at least 40 points, 10 rebounds and 5 assists since it was achieved in 1985 by one of the greats of the franchise, Bernard King!

The visiting star permeated the entire game of his team, the offensive basketball of the Knicks passed through his hands, which had good support in the figures of RJ Barrett, author of 24 points, 8 rebounds and a great start to the last quarter, and Derrick Rose, who had 15 points and 5 assists in 25 minutes as the leader of the second unit.

The rest was done by the defense. No one can deny this Thibodeau team their defensive commitment. Players like Reggie Bullock or Nerlens Noel, also Elfrid Payton, left good proof of this commitment.

That piecework in the rear of the game was already well recorded in the first half, when a team with an offensive streak like Mavericks stayed at 52 points, with Luka Doncic scoring only 6 points and dedicating himself more to distributing the game.

But there was more than defense at the Knicks. There was success in the shot in general terms and from the triple (14 of 28) in particular terms. The Knicks’ defense-attack ratio was very balanced against some Mavs, who are now 30-25 in their fight to get into the playoffs and avoid the play-in.

Dallas had Kristaps Porzingis with 23 points and 12 rebounds and Luka Doncic with 22 points, 8 rebounds and 19 assists, the latter figure that equals his best record in the NBA in this section.

In addition, 16 points from Tim Hardaway Jr., all in the first half, 14 from Josh Richardson and 13 plus 7 rebounds from Dorian Finney-Smith.

Bucks Will Visit Biden! The NBA Will Return To The White House After Five Years