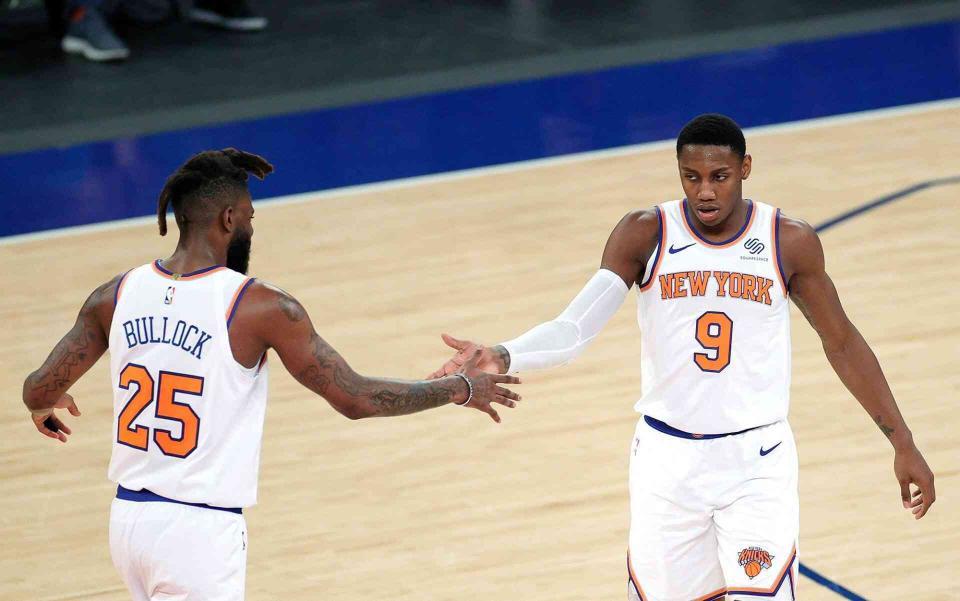 Extra-time win against Hawks with 40 points and 11 rebounds from Julius Randle. Atlanta pulls another double-20 from Capela but loses injury to Trae Young.

Tom Thibodeau’s miracle seems to have no end. The Knicks grow and grow under the absorbed gaze of their rivals. New Yorkers have 8 consecutive wins! Something that was no longer remembered in the Big Apple. And New York is already fourth in the Eastern Conference!

Atlanta was coming off getting 9 wins in its last 11 games. He came to Madison with that power. And he was about to leave Madison without losing rope. But the overtime was a wall for Nate McMillan’s. The loss of Trae Young was noted. Because the Hawks were without their star down the stretch of the third quarter. Ankle injury. We will have to wait and see what the medical tests reveal.

Meanwhile, Knicks once again had an undeniable leader: Julius Randle. The power forward is in a blinding state of grace. It goes from exhibit to exhibit. Against Atlanta … 40 points, 11 rebounds and 6 assists. He was above 50% on the field goal. He made 6 triples. He made 12 of his 13 free throws. Turned into a bad beast. It has been a season of removing the hiccups.

Two luxury substitutes helped him. Veteran Derrick Rose and rookie Immanuel Quickley. The first one added 20 points. The second, another 20, of which 5 arrived in extra time.

Reggie Bullock made 18. All since triple. RJ Barrett didn’t have his day in shooting. But he scored 16 points. And Nerlens Noel worked the rebound and intimidation.

The Knicks are spectacular from the triple. And decisive to the maximum in the extension.

Extra time came thanks to Bogdan Bogdanovic. Randle had made it 122-119 with a basket scored 8 seconds from the end. But Atlanta answered in a zealous and forceful way. He did it with a triple by Bogdanovic that made it 122-122. Just 2 seconds after Randle’s basket. And this could not seal the local triumph in the last play of the game. The extension would be the solution.

The overtime had little history. Knicks swept him 15-5 for the final 137-127. The extension began with a resounding 10-0. Partial devastating. With two consecutive key triples from Bullock and Randle.

Atlanta was left without a win. The effort of its headlines did not serve in the end. None of them fell below 17 points.

Also, 20 points from Bogdanovic. John Collins added 18. And Kevin Huerter 17. All to die on shore. There, on the beach, triumphant, were the Knicks.