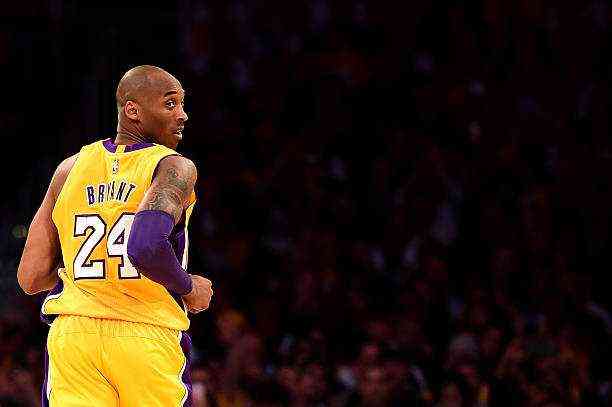 Vanessa Bryant, widow of Lakers legend Kobe Bryant, is pushing for the identity of the four police officers who released photographs of the former basketball player’s remains as well as his daughter Gianna, who died along with seven other people in January 2020. after the helicopter in which they were traveling collapsed.

Vanessa Bryant sued the Los Angeles County Police Department and is demanding compensation for negligence and invasion of privacy for the release of the photographic material, which is not part of the accident investigations.

In September 2020, a law was approved in the state of California so that the images of the bodies of people who died in accidents are not disclosed to respect the privacy and memory of both the deceased and their relatives.

After the tragedy in which nine people died, including at least two minors, Los Angeles County Sheriff Alex Villanueva assured Vanessa that discretion would be kept in this regard, both in information and graphic material, and Which would only be used as part of the same investigation.

However, the images circulated among the police and fire departments, following the release of images, especially by four police officers. Faced with this situation, Villanueva gave 48 hours for the graphic material to stop being disclosed, to be deleted, and to no longer talk about the subject.

How did you know about the Kobe Bryant photographs?

The investigation and the lawsuit arose after a police element’s visit to the Norwalk bar was announced. There he showed the images to a woman and then to the waiter, who bragged to the clientele that he had seen the images of the remains of Kobe Bryant, so the next round was on the house.

However, neither the police nor the waiter noticed a camera, from which it was observed how the security element showed an image with the remains of a girl and another in which the body of Kobe Bryant could be identified.

This police officer was at the scene on the day of the accident and was an apprentice. Their role was to prevent people from approaching the place where the human remains and the aircraft were.

Neither the woman nor the waiter has anything to do with the investigation, so the police officer did not have the authorization to release these people’s images.

Likewise, the Los Angeles Times assures that another policeman took between 25 and 100 photographs of the human remains without this being his role in the investigation and would have been the main responsible for sharing the images with colleagues.

What do the LAPD say?

Faced with Vanessa Bryant’s lawsuit, the Los Angeles County police had to go to lawyers, who asked not to reveal the four police officers’ names.

The argument is for their protection, since they ensure that knowing the identity runs the risk that the names will obtain extra information on the Internet, such as their addresses.

It is expected that in the coming weeks, it will be determined whether Vanessa Bryant’s petition will be approved or if the defense of the police manages to avoid the release of the names.