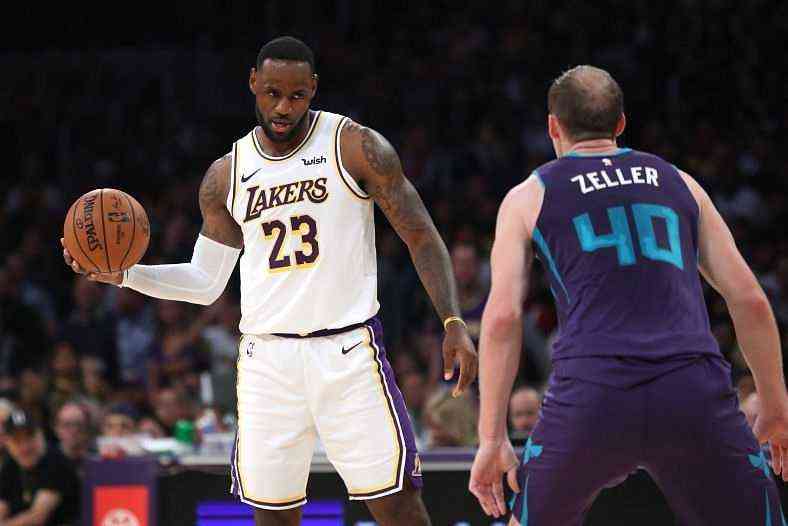 The Lakers have beaten Charlotte Hornets 116-105 to add their fourth consecutive victory and place second in the Western Conference, only surpassed by the Utah Jazz, who lost today. Once again, LeBron James has been the guiding light for the team.

At 30 seconds into the game, LeBron scored his first triple. A minute and a half after starting the match, he had already stamped a mate in the rival basket. And after 8 minutes of play, he already had 13 points to his credit. From the first moment, it was seen that it was going to be one of those days in which James solves the game either without overexertion or by bravado.

Dennis Schröder was his best squire with 22 points and 7 assists, while the substitutes worked again, with Kyle Kuzma and Tylen Horton-Tucker, how this player continues to grow! At 12 points each and with Montrezl Harrell, this time discreet in the annotation, capturing 11 rebounds.

The Lakers are still without Anthony Davis and without Marc Gasol, who seems to have already come out of quarantine and who is waiting for the NBA to give him a free pass to return to the game. At least the Angelenos got the shocked Alex Caruso back for this game.

At Hornets, another great show from LaMelo Ball, which featured a gray first half and a wonderful second half. He finished with 26 points (20 after the break) and 7 assists. Terry Rozier had 20 points, PJ Washington contributed 18 points, 8 rebounds, and 4 blocks, in addition to being successful from the triple, and Gordon Hayward was very well covered, remaining in only 7 points, but gave 10 assists and captured 9 rebounds.

Those of James Borrego did not have their starting center, Cody Zeller, in the second half, without the reason being very clear, because he did not seem to be injured.

Lakers controlled the scoreboard, going to the break with a clear 60-45, with LeBron already at 22 points and Schröder at 12. Dominance from the defense and despite the 6 of 20 from the triple in the first 24 minutes. Although the rival was even worse from the line of 3 with 3 of 14, in addition to having already lost 10 balls.

Hornets, who came close in the third quarter to finish it just 5 points down, had a true workhorse in turnovers throughout the game. That was his big Achilles heel. However, it must also be said that his defense was not exactly an insurmountable wall.

The Angelenos won with relative comfort to continue living serenely in the competition once the bump that the team went through when the losses of Davis and Schröder coincided. Of course, the great concern is Davis’s state because all the aspirations of the team will depend on his state of health when the moment of truth arrives.