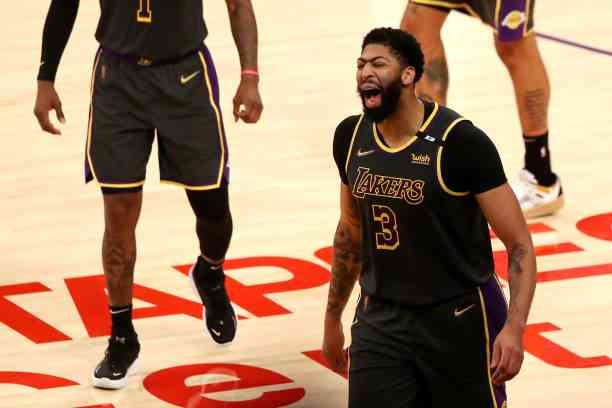 The Lakers made up for the losses of LeBron James and Dennis Schröder by offering one of their best games of the season on a defensive level. That team value allowed him to concede just 89 points against the Denver Nuggets to end up winning 93-89.

The local victory had many edges. One of them was the forced introduction of Marc Gasol into the game due to the foul problems of Andre Drummond (this time, the great sacrifice in Lakers was Montrezl Harrell ).

The Spaniard claimed his figure by contributing in attack (with points and ball circulation) and in defense (with rebounds and personal application on Nikola Jokic ). Gasol was an important piece in the local triumph. He played 17 minutes, added 10 points, 7 rebounds, 2 assists, and 1 block, made 3 triples of 4 attempts, and the Lakers won by 17 when Marc was on the court, the best +/- ratio by far of all the players on his team.

Also noteworthy is the match of Argentine Facundo Campazzo, intense as always. Cordovan signed 8 points, 8 assists, 4 rebounds, and 5 steals in a very complete 37 minutes. He made 3 of his 6 field goals. With ownership and minutes, Facu is performing at a high level.

As for the Lakers, it worked better with its second unit, it had its best moment with players like Gasol, Wes Matthews, Markieff Morris, or Ben McLemore running the game, and it did not work in any way with Andre Drummond on track, even more so when Drummond shared the track with Anthony Davis.

The good news for the Lakers is that the team defended excellently and that Davis, despite being constantly cared for in the band, seems to be starting to look like Davis.

The power forward was vital with his 25 points, 7 rebounds, and 3 blocks. The end was his, with an important basket for 91-87 41.8 seconds from the end and with the stopper to Campazzo when the result was already 93-89 after a basket by Talen Horton-Tucker 15.1 seconds behind final thanks to Gasol’s saving hand in his fight with Jokic (because Horton-Tucker’s first attempt was infamous).

At times, the passing of the game was strange, at times muddy, at times physically exciting, at times extremely intense, at times inexplicable, at times beautiful. A game more typical of a playoff than a regular phase.

Obviously, the locals were going to have a hard time, and it helps to organize their offense without LeBron and Schröder, so it helped a lot that Drummond was charged with fouls and Gasol on stage, a player with whom the ball circulated with the Californians.

Frank Vogel had a hard time making up for his mistakes, his personal stubbornness nearly cost the Lakers the game. First, he kept Drummond at the beginning of the third quarter despite having 4 fouls and then, already in the last quarter, he undid the quintet that was giving the Lakers the best of the night, a quintet full of substitutes that came to put Los Angeles with 14 advantage in the final quarter (83-69 after a 19-6 run). Vogel undid it, brought Davis and Drummond back on track, as well as other starters, when the score was 8 up for the Lakers, and Denver got within 2 points (89-87 after a 2-14 run). So he rectified, took Drummond off the court and put Gasol back in the game to cover Jokic.

Beyond Vogel’s doubts, well-resolved at the end, Lakers played an excellent game in defense, he knew how to stop Michael Porter Jr. throughout the first half (he only had 3 points at rest) and shot well of 3, with special brilliance In the third quarter, although, yes, the game could go away because of the 20 turnovers he committed.

Good game from Alex Caruso , good disposition to gusts from Kentavious Caldwell-Pope , contributions from Horton-Tucker, who is sometimes thought to be better than he really is, and no game from Andre Drummond, the great victim in defeat.

Drummond finished with 4 points in 22 minutes in which he committed 5 fouls and did not capture a single rebound, in addition to showing little ability to defend Jokic.

Harrell did not do much better either, who stayed in 10 minutes of play in which he contributed in attack and rebound, but in which his childish defense allowed JaVale McGee to have a great time just the day he received his ring champion with the Lakers.

The truth is that Denver, who lost PJ Dozier through injury (a tremendous curse on the team’s exteriors with injuries), yielded at the end despite 32 points, 9 rebounds, and 5 assists from Jokic, who had to shoot 28 shots. Porter Jr. contributed 19 after a good second half and a good defensive contribution from Austin Rivers.

The Lakers’ triumph in their fight to avoid the play-in was important, even more so with the defeat of Portland. Of course, the Los Angeles calendar is not exactly a sweet tooth.