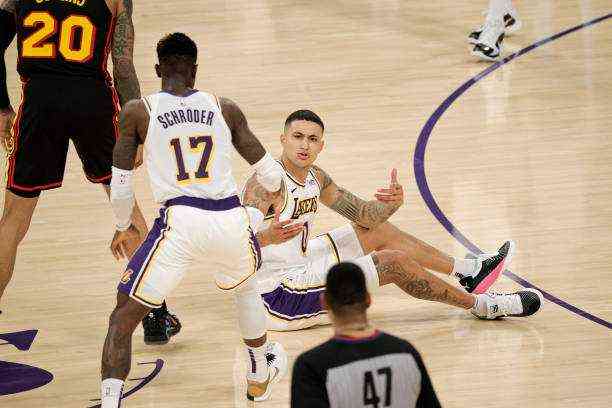 The game started with great news for the Lakers: Andre Drummond joined the cause. Good prologue for a difficult game to digest. The Lakers had a hard time against a Magic in a state of demolition! Difficult to explain no matter how much LeBron James and Anthony Davis are not there.

Orlando’s starting five didn’t cheat: Carter-Williams, Bacon, Ennis III, Okeke, and Birch. A quintet that would be nothing in Europe and that cannot be anything in the NBA. The Florida team with all its stars traded, again without Terrence Ross in action and with Michael Carter-Williams injuring himself in the second quarter, never to return. Steve Clifford’s team debuted three newly signed players: Wendell Carter Jr. , Otto Porter Jr. and RJ Hampton. No time to really get used to the discipline of his new club.

Well, well, despite all that endless string of handicaps, Orlando had a final triple to send the game into extra time! A frank triple by Otto Porter Jr., which was slammed against the rim, left the victory at Staples by a brief and certainly gray 96-93.

Matched match with more mistakes than successes. At least the teams applied themselves in defense. But the party was bad solemnity and had a grotesque ending.

Dennis Schröder is important when scoring 4 free without failure in the last 3 minutes of the game. He made it 94-87 with 2:56 left. From there, a chain of failures of both teams for a partial of 0-2 in 1 minute and 40 seconds (94-89). But the worst of the Lakers was yet to come, because the Angelenos won the game despite playing a final minute worthy of analysis.

The Lakers attacked to finally decide the game, but everything got worse. Schröder’s entry to the basket did not touch the rim either. Harrell rebounded fiercely and stayed with the ball, the ball ended up on the line of 3, and Markieff Morris launched a poor triple that did not end in a new miracle airball. In the end, possession ended up in Orlando’s hands with 5.3 seconds remaining.

Magic did not attack exactly in those final seconds, but the good Wes Matthews went through braking on defense on Porter Jr., leaving him completely free for the execution of the triple of the tie, which did not enter. To curl the loop, Matthews was injured on that final play and thus ended the game, with Matthews complaining on the floor and the Lakers saving the furniture at the last minute in any way against a dismantled team loaded with dignity.

From this team, even without LeBron and Davis, you have to demand much more than what you are giving without its stars, without being demanding until you lose consciousness. The truth is that the best that could happen to the Lakers was to have as rivals in the last two games the Cavaliers and Magic. It has been a balm to face such weak opponents in such a delicate section of the competition. Important breath of air for those of Vogel.

The good thing also for the locals was seeing how some important players did not hide throughout the match. Dennis Schröder had 24 points and 6 assists; Kyle Kuzma had 21 points, 11 rebounds, and 4 basket passes after shooting 15 triples; and Montrezl Harrell helped with 18 points and 11 rebounds.

Lakers, who are still on the sidelines thanks to their 30-17, was not a paragon of virtue from the 3 line, but at least they did not give up on defense.

The best visitor was Dwayne Bacon with 26 points and 8 rebounds. Rookie Okeke had 14 plus 6 rebounds, and Mo Bamba was the best substitute.

The best moment of the Lakers was when the rest approached. The Californian team went 39-26 after a 17-3 run. It seemed at that time that the Lakers were going to give a crucial arreón to define the game, but far from doing so they appeared in the intermission, winning only 44-39 after a first half to be forgotten in general by both teams.

Victory is the best gift that the Los Angeles team can take after a bad night. Of course, you would have to ask Frank Vogel, an impeccable coach, what it means for him to play basketball well, because after the game, he said that his team had played well.

Lakers Beat Jazz In Extra Time In a Beautiful Game