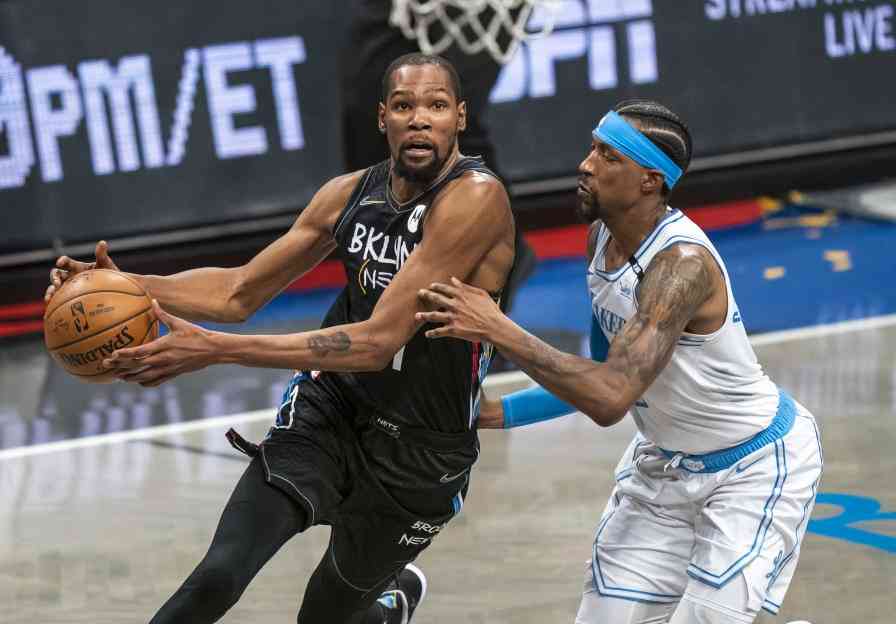 Notable performances by newcomers Drummond and McLemore and 101-126 win. Expulsion of Irving and Schröder in the third quarter when they were the top scorers

Against all odds, the Lakers passed over the Nets. Literally. From the third quarter. Like a steamroller. Defending. In a hurry. Hitting from the triple. With attitude and aptitude. On the other side, some unknown Nets. A team without a soul.

Overwhelming victory: 101-126. After acquiring a maximum advantage of 28 in the fourth quarter. Triumph with notable performances from two newcomers. Andre Drummond had 20 points and 11 rebounds in 22 minutes; Ben McLemore had 17 points and 5 triples on 23.

Dennis Schröder had 19 points before being sent off in the third quarter. He was the Lakers’ leading scorer at the time. And Kentavious Caldwell-Pope, Talen Horton-Tucker, and Markieff Morris had 14 apiece. With Horton-Tucker giving 11 assists. Up to 8 visiting players were in scoring double digits. To achieve a victory that gives a break to a team that needed it well.

Lakers always dominated the track and the scoreboard, skipping the forecasts to the bullfighter. Without excesses. But his course was always dominant. However, Brooklyn seemed to be hiding a sixth gear. Come the break, 58-61. When would the locals use that sixth hidden march? Never. Because today they didn’t have it.

The beginning of the third quarter was key. Kyrie Irving and Dennis Schröder got hooked for a take me off there. And by the time they wanted to realize it, they were expelled. The game was left without its top scorers in one fell swoop. A counterproductive referee movement for the show. Without entering the justice of the decision of the collegiate. And it was from there that the Nets capsized until they sank badly.

Lakers were still dominating at the time of the expulsion. He had a maximum advantage of 11 points at the start (7-18). And 10 in the second quarter (31-41). But it was after the expulsion that the Angelenos game exploded. The formula was very simple: defend and run. If we add the Lakers’ success from the triple throughout the game, the salvageable difference became insurmountable.

A 2 + 1 from Drummond without hitting the bonus (these Nets don’t have a guy who can stop a physical center like Drummond). A triple from Kentavious Caldwell-Pope. A basket to the counterattack of the own KCP. Another counter culminated with a mate from Markieff Morris. And suddenly … 71-88 on the scoreboard. The Nets, mortally wounded. The Lakers, in a full vital party.

At the end of the third quarter, 77-92. The visiting defense did not yield. Huge defensive work for the Lakers throughout the game. Nice work on the rebound. And 12 of 24 in the triple by 5 of 18 the Nets after three quarters.

The start of the last quarter was definitive. The Lakers reached the 20 advantage with another triple by McLemore. A Horton-Tucker mate came. And an alley-oop culminated by Montrezl Harrell. And the advantage was growing without stopping before a disordered Nets.

With 5:22 left, Steve Nash retired Kevin Durant and Blake Griffin. It was the official surrender. But his team had given up long before. In the third quarter. Displaying an inexplicable indolence. Disappearing from the track as if by magic. Without resisting. Without offering even a minimal decent answer in the game.

The Lakers carried all dignity in their saddlebags. Without LeBron James. Without Anthony Davis. Without Kyle Kuzma. With Marc Gasol street dress. Without all that, the best competitive spirit of the team emerged. Spectacular match of Frank Vogel’s team.

Brooklyn played without Harden again. But the worst came when he found himself playing without Harden and Irving. You had to create a game. And the squad was on a worrying drift. Kevin Durant did what he could. He added 22 points, 7 rebounds, and 5 assists in 24 minutes. But he lost 8 balls in that short time! Irving left the game with 18 points. The expulsion left him without assists. He had 171 consecutive games giving at least one.

Otherwise, little to note in Brooklyn. Maybe the first part of LaMarcus Aldridge and Nic Claxton. And a little more. Bad Blake Griffin. Although, yes, he made an anthology cap to Harrell.

The Lakers finished with 19 triples and an ERA from 3 of 55.9%. The Lakers had 30 assists. The Lakers defended at a great level. The Lakers controlled the rebound. But most of all, the Lakers had all the attitude the Nets lacked. And the scoreboard rewarded the team with attitude.