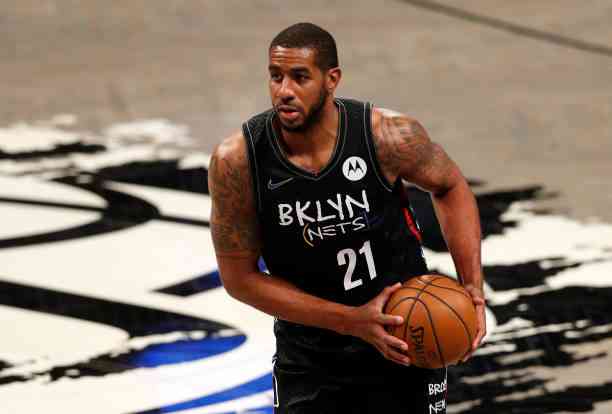 LaMarcus Aldridge came to the Nets on March 28 and did not play again after the game against the Lakers due to heart problems.

LaMarcus Aldridge was able to win his first NB A title this season with the Brooklyn Nets. The 35-year-old was able to savor the success of a reinforced team with Kyrie Irving, Kevin Durant, and James Harden. However, he opted for retirement after missing the last two games of the team he reached just on March 28.

Aldridge only played five games for the Nets, the last of them in a loss to the Lakers on April 10. That day he had 23 minutes, a period in which he contributed 12 points, three rebounds, and two assists.

Why is LaMarcus Aldridge retiring?

However, the former San Antonio Spurs player noticed something strange in his heartbeat, and after undergoing studies in the days that followed, LaMarcus Aldridge finally opted for retirement.

In his social networks, he said that he noticed an “irregular heartbeat”, and that later, after the game, his heart rate worsened, “which really worried me even more,” he said.

“For 15 years, I have put basketball first. And now is the time to put my health and my family first … Although I am better now, what I felt in my heart that night was one of the most terrifying things I have ever experienced,” explained the player who debuted in the NBA with the Portland Trail Blazers in 2006.

Aldridge had a heart history

A day after the game against the Lakers, Aldridge communicated the symptoms to the team, and the organization decided to take the player to a hospital for tests.

A year after his NBA debut, LaMarcus was diagnosed with a syndrome called Wolff-Parkinson-White, which is a condition that causes tachycardias, but it is unknown if this condition is related to the problems presented during the game against the Lakers.

“I am grateful for everything this game has given me: the great memories, including all the ups and downs, and the friendships I have made that I will stay with forever. Portland thank you for choosing a skinny guy from Texas and give it a try”, he said.

Sean Marks, general manager of the Nets, supported the decision of the player who only played five games. “After evaluating him and consulting with medical specialists, he has made the best decision for himself, his family, and for his life.”

The Brooklyn Nets are one of the favorite teams to conquer the NBA title this season, thanks to the elite players they have joined for this season.