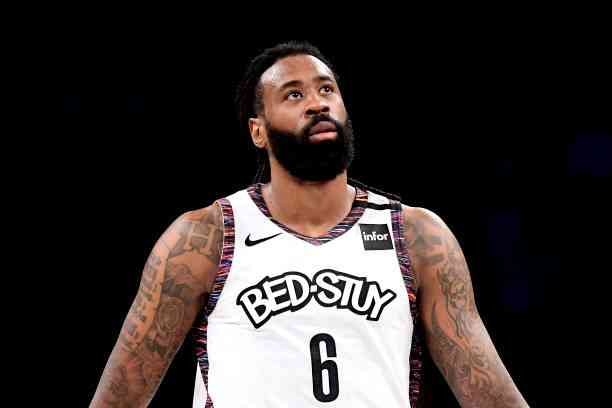 According to ESPN reporter Adrian Wojnarowski, experienced center DeAndre Jordan is expected to join the Los Angeles Lakers in the next few hours after agreeing to leave the Detroit Pistons.

Jordan, who the Nets traded, must be placed on a waiver list later to negotiate his possible arrival at the Californian team. The signing of the pivot would be a luxury reinforcement for the internal game of the Lakers that has Anthony Davis and Dwight Howard in that position.

According to an ESPN report, LaMarcus Aldridge signed with the Brooklyn Nets after receiving a medical discharge that confirmed that his heart problems are a thing of the past.

The veteran intern will earn a salary of 2.6 million dollars and a season in the NBA. The return of Aldridge, who averages 19.4 points and 8.2 rebounds in 16 seasons in the best basketball in the world, will help the Nets reinforce the painted area after the departure of DeAndre Jordan.

The Miami Heat made the 4-year, $ 5.7 million option with guard Tyler Herro official, a team report released Friday. In this way, the player claims to be for two more seasons with the South Beach team.

Herro, 21 years old, will thus fulfill his third season in the best basketball in the world, in which he has stood out as an effective substitute with the Heat. He averaged 15.1 points, 5 rebounds, and 36% from the three-point line last season.

Klay Thompson says he will play next season with Warriors

Klay Thompson responded to rumors about delays in his recovery process by stating this Friday that he will be part of the Golden State Warriors in the next season, a team with which he has not been able to play for a little more than two seasons.

“Yes, I will play the season,” Klay said in a conversation through Instagram in which he shared for a few minutes with his followers in an informal way. “Injuries are not fun at all, but they are part of the sport. All you can do is move forward and recover. I assure you, it is a given that I will play with Warriors next season.”

Like A King! Epic Games Presented The Arrival Of Lebron James To Fortnite