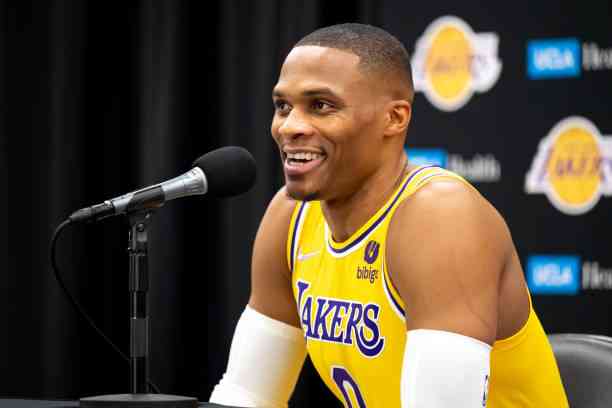 Russell Westbrook is the big news in the Los Angeles Lakers roster for the 2021-22 NBA season, something that implies a lot of responsibility for the 32-year-old player.

In an interview, he revealed that the memory of Kobe Bryant is one of his great motivations to perform with the Californian organization.

“I’m going to make sure to do my part, play for him and through him while I compete in this uniform,” Westbrook told Spectrum SportsNet.

Nets and Kyrie Irving are not considering a possible base change

The restrictions that would prevent Kyrie Irving from playing more than half the season if he does not eventually get vaccinated against COVID-19 are of concern to the Brooklyn Nets. Despite this, it was confirmed that neither the organization nor the player are considering a potential change, as revealed by Jake Fischer of Sports Illustrated.

Much has been said about who will be in charge of replacing Gregg Popovich as the head coach of Team USA, however everything seems to indicate that the name of Steve Kerr has an advantage over the rest of the candidates.

Kerr has served as one of Popovich’s closest assistants in the US national team for several years, so he would be the most suitable to take on the project, as suggested by reporter Marc Stein.

Which Sneakers Beat The Air Jordans As The Most Expensive In Auctions?