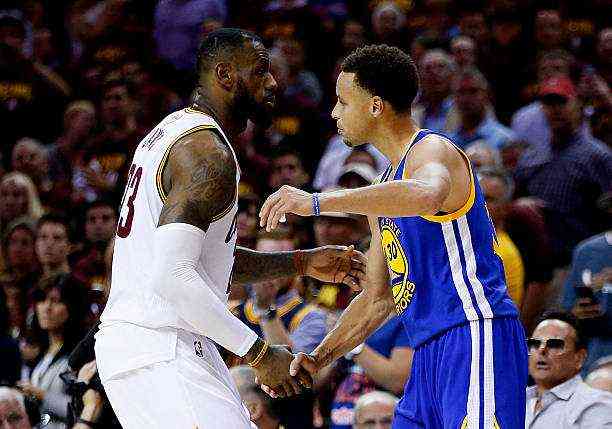 LeBron James and Steph Curry on the same team? Uff, this could only happen in an NBA All-Star Game, and we will have the opportunity to see them on March 7 in Atlanta.

The two teams that will play in the All-Star Game defined their starting five, and the team that Lebron James will command stands out for having Curry, with whom he fought for titles so many times in the past decade, when LeBron was a player for the Cleveland Cavaliers.

It should be remembered that the NBA carried out reforms to make the all-star game more spectacular, so it forgot the duel between conferences to make way for a free selection, so players like James Harden or Anthony Davis, who are not on the roster incumbent, they may be elected from either team, regardless of conference affiliation.

LeBron James and Steph Curry have played four consecutive finals, of which Curry was victorious with the Golden State Warriors three times (2015, 2017, and 2018), while LeBron took the crown in 2016 after an epic comeback with the Cavs.

The show is guaranteed with this pair that were once antagonists and that now they will share the floor and the same team. Team LeBron’s quintet is complemented by Luka Doncic (Mavericks), Kawhi Leonard (Clippers), and Nikola Jokic.

Kevin Durant leads the other team

The other quintet will be led by Kevin Durant, who will return to an All-Star Game after missing the 2020 game due to recovering from surgery on the Achilles tendon, and his team is not bad at all, starting with Giannis Antetokounmpo (Milwaukee Bucks).

The rest of the starting team was made up of Bradley Beal (Wizards), Joel Embiid (76ers), and Kyrie Irving, Durant’s main accomplice in the Brooklyn Nets.

When is the All-Star Game played?

The NBA all-star game was confirmed for Sunday, March 7, with a peculiar format, since the three main events will take place on the same day, starting with the skills contest.

The game is scheduled to start at 7:00 p.m, and the diving contest will take place at halftime.

Rubio And Towns Excel In The Defeats Of Their Teams