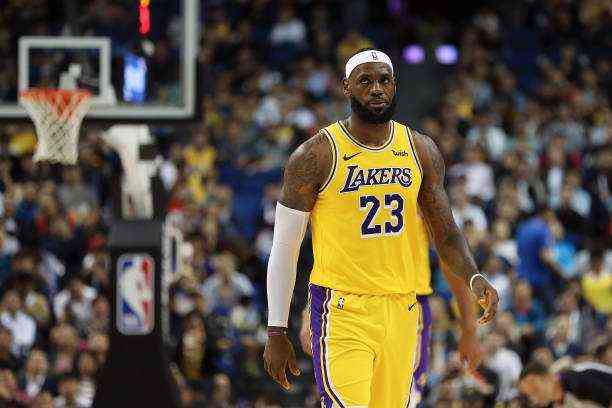 Tom Brady reached his seventh Super Bowl ring at age 43, and this is something to admire in LeBron James’s opinion, who called his victory something inspiring. However, he made it clear that he does not know how long he can be in the NBA even to match the quarterback of the Buccaneers.

“It’s very inspiring for someone like me, but we play in two different sports and positions. I don’t know how much more I’ll play. The game will tell me when it’s time to go,” said the Lakers forward.

The Toronto Raptors would consider negotiating the last year of Kyle Lowry’s contract due to his irregular start to the season, and rumors about the Miami Heat’s interest have been reactivated immediately, a team that in recent years has closely followed the veteran point guard.

Lowry currently has a $ 30 million contract for the current season and is averaging 17 points, 6.7 assists, and 5.7 rebounds per game.

Derrick Rose was happy on his return to the Knicks

After four years of his first stint with the New York Knicks, veteran point guard Derrick Rose returns to the New York organization, this time in a completely different role. The 32-year-old gave his impressions about his arrival and his desire for a new opportunity.

“Other players have told me during my career that if I have a chance to play in New York, I should take advantage. This will be my second chance, and I will make it worthwhile. I’m made for it; it’s in my blood,” Rose said.