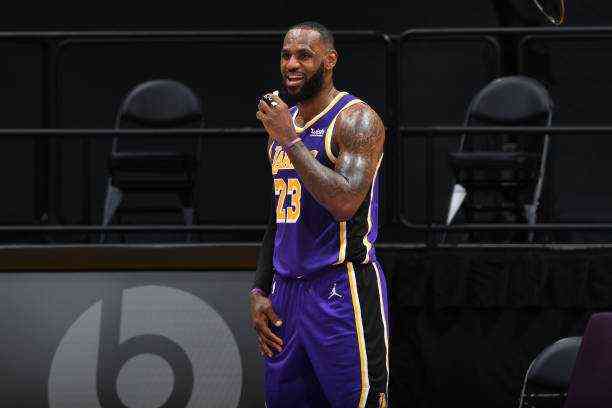 It is not worth it! LeBron James hit Kevin Durant hard during the All-Star Game draft, as he put together a scary quintet for next Sunday’s game, alongside none other than Steph Curry and Giannis Antetokounmpo.

As if that were not enough, the Lakers star will have an anthology bench with Chris Paul and Paul George, so he left almost nothing to Kevin Durant, who will not be able to be in the game due to an injury.

The starting players were chosen a couple of weeks ago by the captains of each team, which in this case are LeBron James and Kevin Durant. Prior to the All-Star Game weekend, the two captains chose the players for their teams as well as when the challenges were armed for those distant times when the coronavirus existed.

The first player chosen by ‘The King’ was Giannis Antetokoumpo, who had been said to be the captain of Durant’s team once his discharge was confirmed. The second pick was Steph Curry, who this season has led the Warriors to the playoff zone.

Luka Doncic and Nikola Jokic make up LeBron James’ fear five, who will become the favorite to win this Sunday.

When LeBron James chose Antetokoumpo, many expected Durant to take in his first pick Curry, his teammate on the Warriors and maintain a friendship. However, he chose his current teammates on the Nets, Kyrie Irving.

Joel Embid was his second pick, followed by Kawhi Leonard, who was expected to have an earlier pick. And it is not that Durant’s team is bad, with Bradley Beal and Jayson Tatum.

James Harden became the first choice among the substitutes, although he may well be part of the starting five.

The All-Star Game will be played on Sunday, March 7 in the city of Atlanta, and both the skills contest and the dunk contest will be held on the same day of the game as a measure to reduce the risks of contagion of coronavirus.