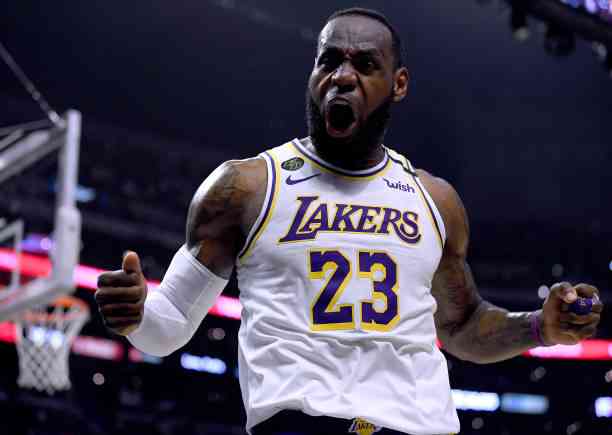 Whenever we talk about the NBA and more in 2021, the name of LeBron James has to come into the conversation and that the Lakers are not playing the finals. But yes, the “King” is one of the most media figures in sport and apparently in the following weeks we will see him even in the soup.

That’s right, there are several reasons why we will have LeBron James on different projects, so possibly his face will have to get used to. With the release of the movie Space Jam: A New Legacy, it has to be promoted left and right.

Thousands of commercials have already begun to appear on television and on social networks, so each and every channel will be used to the maximum to reach as many people as possible, and that Space Jam with LeBron James can have a success at the box office.

But it is not the only way in which the LeBron James film is promoted, because as it is aimed at an adolescent audience – also for some other older generations, not to mention old – they have to reach them in the simplest way.

Video games are the exact means to reach teenagers, and there is no better game than to do it with Fortnite, one of the most popular and customizable, in which LeBron James will debut. A player avatar along with various outfits, including one from Space Jam will be available in the online store.

When will the LeBron James skin be available on Fortnite?

Beginning July 14 at 8:00 pm ET – the day before the release of the movie Space Jam: A New Legacy – items will arrive in the Fornite store. 2 separate outfits, each featuring LeBron James signature shoes, the famous LeBron James 19 that he will wear on the film.

Inside that what you can find in the Fornite store is the LeBron James outfit and the so-called “King’s Back Bling” (sunglasses are optional). To complete the outfit, you can buy the King James Gear containing the lion’s beak, wingspan glider, and a celebration with the name “The Silencer.”

It is not the only outfit, as the Toon Squad outfit -which we see inside the Space Jam trailer- will also be available, but there is the third outfit: The Taco Tuesday, the Tune Squad LeBron outfit also includes LeBron’s Taco Tuesday style variant and the Supreme Back Bling Pack.

Dallas Mavericks Can With Irving’s 45 Points