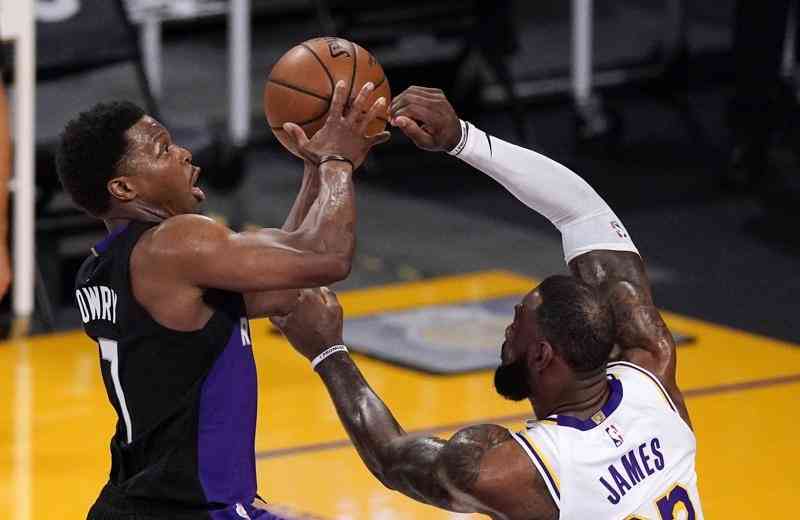 The Lakers are in free fall, and there are no positive signs that allow us to be optimistic in the short term. Today, defeat at home against some Raptors who have appeared in the game without three of their starters and without an essential substitute for the team.

These Lakers do not raise their heads. Toronto has won 114-121 at the Staples Center without Fred VanVleet, OG Anunoby, Gary Trent Jr. and Chris Boucher. It has been achieved thanks to a spectacular performance by the duo formed by Kyle Lowry and Pascal Siakam.

Lowry has put on a brutal display of play, dominating the court at will in the fourth quarter. The veteran Raptors point guard has recorded 37 points (11 in the final quarter), 11 assists with just one turnover, 60% from the field goal and 8 3-pointers from 13 attempts. Spectacular to see him play.

Siakam, meanwhile, has pulled out of the hat one of those games that remind us of what a good player he is and how little he has been lavished this season.

Between the two … 76 points! A real gap in the waterline of some Lakers tending in recent days to shipwreck in all kinds of waters.

The numbers are starting to be stubborn and worrying for Frank Vogel’s team, which has 6 losses in its last 7 games and is now tied with Dallas and Portland in trying to avoid the play-in!

As if that were not enough, the Californian team has faced the entire final stretch of the game without LeBron James, who left the game at 6:42 left to never return. We will have to wait for news on whether or not it was due to a serious physical problem.

The Lakers’ situation has become desperate in today’s game when Toronto has taken a 21 advantage to play the third quarter (61-82 and 76-97), but the locals have known how to react to go at the end of the quarter with a disadvantage of 15 points (84-99).

The start of the fourth quarter was encouraging for the Lakers, who went 91-101, but it was a well-neutralized start by a star Lowry, who scored 8 straight points to restore the lead to his team was placed 93-109.

Not even 2 silly turnovers by Siakam embittered the night for the Raptors, who held up the final push from the Lakers well, a push originated by two players from their second unit, Kyle Kuzma and Talen Horton-Tucker. The two of them were the ones who fought in the end for the win, even if it didn’t come.

Toronto had already broken the Lakers seams in the first half by endorsing the locals 72 points (27 from the second unit). The valid reference of the Lakers in broad phases of the season, their defense, thus passed away after the blow in the second quarter, which ended 21-40 in favor of the Canadians.

Lowry and Siakam had 76 points and the rest of the starters 4, but you have to review who those starters were: Stanley Johnson, Khem Birch and Malachi Flynn. And the Lakers, we have to repeat it, were 21 points down. Good contribution for the Raptors from Freddie Gillespie and, above all, from DeAndre ‘Bembry, who added 14 points, 8 rebounds, 3 steals, and played the decisive minutes.

Lakers were unable to put in an extra gear in the final quarter, lost many long rebounds from their rim in the decisive last quarter and above any other circumstance, they defended poorly throughout the game, although they improved in that facet in the final stretch of the game.

Kyle Kuzma was his leading scorer with 24 points and 6 triples, LeBron played 28 minutes for 19 points, 7 rebounds and 6 assists, Andre Drummond added 19 points and 11 rebounds and Horton-Tucker, brave and successful at the end of the game, added 14 points and 7 assists.

Anthony Davis was not fine, who is seen, like LeBron, still far from returning to his best version.

The only thing that can be expected is that these Lakers react now that they see the ears of the wolf. Because the unthinkable is already here: the play-in knocks on the doors of the champions.