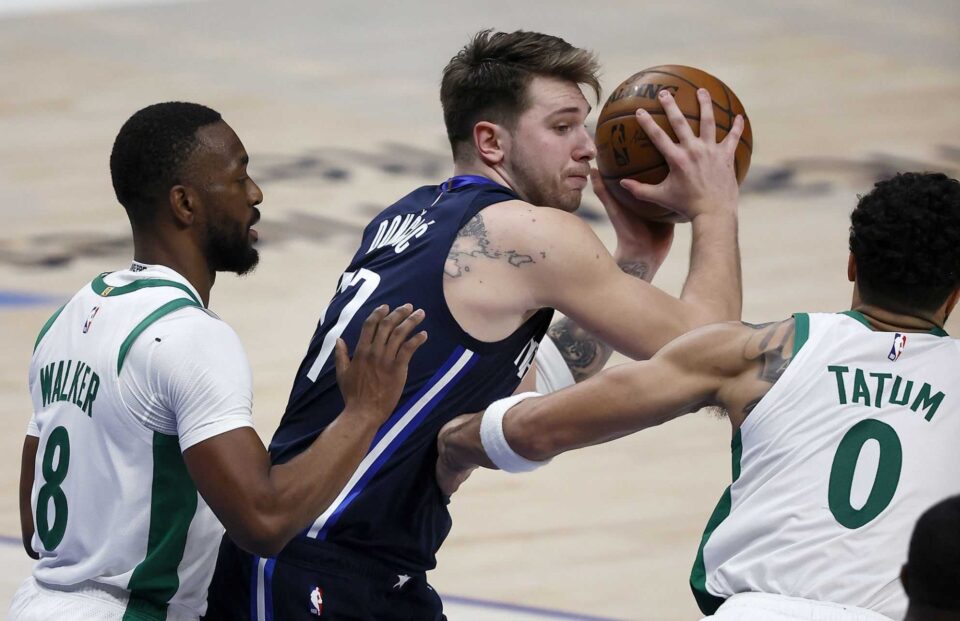 Again the genius of a precocious star named Luka Doncic. The Slovenian signed a masterpiece at the end of the game to get some Mavericks who had disappeared in the moment of truth. And Boston was left without a win.

The Celtics looked like they were going to sign another one of their horrible game ends, just as they have been doing this season. The Mavericks took a 12-point lead (101-89) after scoring 5 consecutive points by Jalen Brunson, a lefty who treasures class at close range. There were just under 4 minutes to go, and everything seemed to be heading towards a Texas victory.

After that +12 for Dallas, a monumental blackout for Rick Carlisle’s team until he conceded a 3-16 that put the Celtics with a point advantage (104-105) after a horrible attack by the Texan team that exhausted possession in a bad way Against the good rival defense and after a basket by Jaylen Brown 37.6 seconds from the end, a 3-16 run in which the figure of Kemba Walker was providential, who until that moment had signed another stupid game.

At 104-105, Jaylen Brown, who played a great game, applied himself with enormous solvency to Luka Doncic’s mark, but the Slovenian took advantage of a change in assignment, and by staying against Daniel Theis, he signed a very important triple to put the 107 -105 with 15.3 seconds to play.

Boston’s very fast reaction with the very plugged Jaylen Brown and basket for 107-107 with 9.5 seconds left, and then Dallas served from under his basket because he no longer had time-outs. The ball reached Luka Doncic, he bounced forward, heeled to the left of the court to look for the triple, and a tenth of a second from the end, he nailed an anthological three-point shot from well beyond the arc, a shot that entered clean and gave the victory to his own by 110-107. The former Real Madrid player was once again disguising himself as a hero to give Dallas the victory over the madness of the American Airlines Center’s stands, where more than 3,300 spectators gathered. Here you have the outcome.

Doncic had already offered an appetizer of what could come next when at the conclusion of the first quarter, he put a beautiful basket on the horn against a good defense of Jaylen Brown, a play this pregnant with fundamentals, fed by the most exquisite individual technique.

The Slovenian finished the game with 31 points, 10 rebounds, 8 assists, and 6 of 8 from the triple, including the 2 crucial triples.

In addition, Dallas had a huge Brunson, author of 22 points and 5 triples, who led a second unit that scored 51 points. Marjanovic took advantage of his minutes very well, hurting the rival, and with Hardaway Jr. offering a 0 of 8 from triple. James Johnson started as a starter after missing Carlisle’s rotation in past games, and Josh Richardson scored 16 points.

The Mavs won without the participation of Kristaps Porzingis and Maxi Kleber, and they already have 7 victories in their last 9 games to balance their balance and get 15-15, an antagonistic trajectory to that of some Celtics that are already negative with 15- 16 after posting a 3-7 record in their last 10 games.

Boston, which continues to miss Marcus Smart, had just lost to the Pelicans after suffering a tremendous comeback. But this time, at least, he competed until the end, and it was even the Celtics who came back in the last minutes without a prize.

Jaylen Brown had 29 points with a 60% accuracy in the shot and was excellent in the final stretch. Jayson Tatum added 28 points, and Kemba Walker had 21 with a very good performance in his team’s comeback, although before, he was erratic again. Nobody else reached 10 points in a team that continues to drag a worrying lack of depth in its roster, a circumstance that in a pandemic season becomes doubly worrying.

Indiana Pacers Sweeps The Hornets From Start To Finish