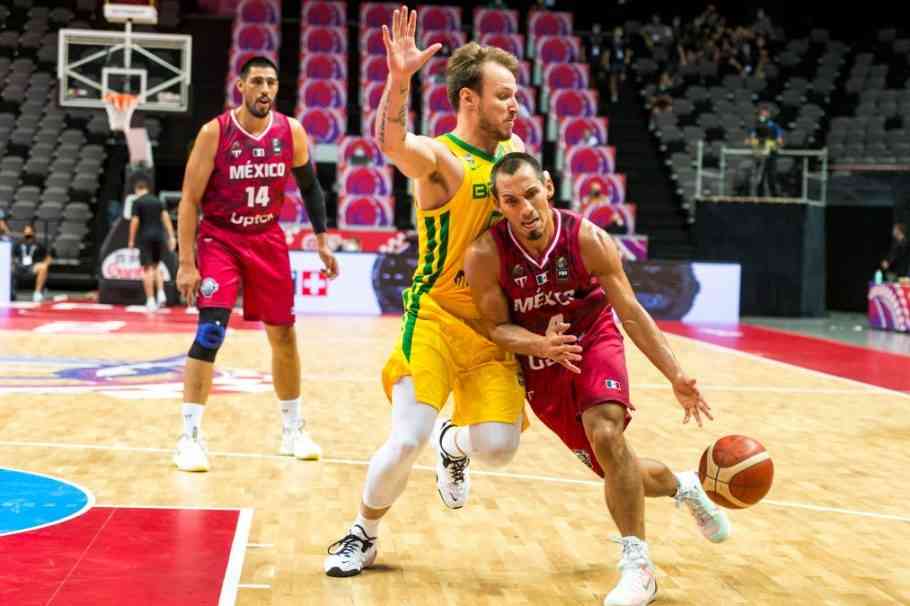 Chale: Mexico will not have a men’s basketball team in Tokyo 2020, as the 12 Warriors lost in the Pre-Olympic vs. Brazil

The dream is over! After a hopeful closing in the Group Phase, Mexico said goodbye to the Basketball Pre-Olympic Games and also to the chances of getting a ticket to the Tokyo 2020 Olympic Games.

The Mexican National Team fell 102-74 to its Brazilian counterpart in the tournament semifinal. Before, they registered a defeat against Germany and a victory over Russia, which raised the spirits and the illusion of players, coaching staff, and fans.

However, the South American team looked stunning from the previous round. And unfortunately, the result against it means much more than a simple setback for the 12 Warriors: the historic Gustavo Ayón says goodbye to the Mexican team permanently.

The historical one who plays for the Astros de Jalisco could not save Mexico, which at times left good feelings in the basketball Pre-Olympic. Paco Cruz, Paul Stoll, and Gabriel Girón were some of the most outstanding elements, and they contributed to beat the Russians a few days ago.

For its part, Brazil is already waiting for its rival for the Final, which will come out of the duel between Germans and Croats. The final match winner will be assured of their participation in Tokyo 2020, where they will face powers such as the United States.

This was the duel that ended with the elimination of Mexico

Against all odds, Mexico complicated the first quarter for Brazil in the semifinal of the Basketball Pre-Olympic. However, the South Americans took off before going to rest and obtained a good advantage with a score of 53-42.

Once the plugin started, the domain was green-yellow. San Pablo Burgos’s guard was inspired and finished with 22 points and 6 of 8 in triples to contribute to the bulky victory of his team.

Given the good numbers of this player and the combinations of the rest of the Brazilians, the 12 Warriors could do very little when looking for a possible comeback.

Chris Paul Display Against The Bucks: What Game 1 Of The NBA Left