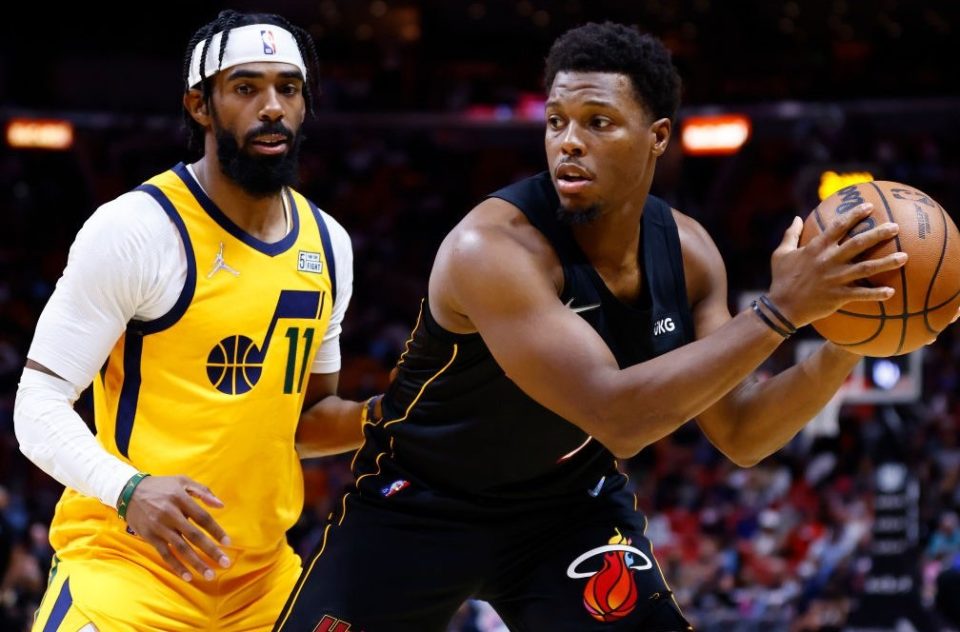 Heat led by 19 points with 5 minutes remaining and ended up winning 118-115. The local Jimmy Butler and the 37 points of the visitor Donovan Mitchell also shone.

Miami seemed to dominate the end of the game with a firm hand, but with the Utah Jazz, you can never be trusted, as the outcome of the match showed. The locals won by 19 points 5 minutes from the end (110-91 in the midst of Tyler Herro’s apotheosis and in the end they prevailed by a narrow 118-115.

Partial 3-20 for Utah as an example of extreme resistance, devastating partial to be very close to the rival (115-113) thanks to a triple action by Mike Conley, who in a double defensive effort on the same play – reaching out and then save the ball with a great jump – he stole the ball from the rival and immediately hit a triple that caused the tachycardia of more than one local fan.

From there, anything could happen, and what happened was that Utah ended up having the final ball to send the game into extra time. Donovan Mitchell’s triple to tie did not go in and Kyle Lowry, his great game, was the smartest in the class to catch the defensive rebound and quickly drop the ball on a long pass to the other side of the field for Jimmy Butler to exhaust the account behind the meeting.

Heat won to get 7-2, the same mark with which Jazz remains after losing. The locals lived mainly from 4 players who were always in tune with the highest demands: Tyler Herro, Jimmy Butler, who heard shouts of “MVP, MVP …”, Kyle Lowry and Bam Adebayo. A fascinating quartet.

Herro, the impudence made person, was again brilliant with his 29 points, 6 of 8 from the triple, and crucial and wonderful final quarter, in which he scored 14 points. Butler continues to be the glue of this team, an essential player on both sides of the court. Today he went to 27 points, 6 assists, and a great 11 of 15 on the pitch in dynamic play. And then there was good old Lowry, who continues and continues to improve his adaptation to his new team. Tonight he signed his 19th triple-double in the NBA, his first with Miami: 20 points, 12 rebounds, 10 assists and 8 of 11 shooting. Adebayo completed the triumphant quartet with 17 points, 6 rebounds and 6 assists. When all 4 work it is very difficult for your team to lose.

Very well the replacement of the Spoelstra team, a team that was successful in the shot, that defended well until the final pájara came and that lost, yes, 14 balls for only 6 the Jazz, who in this aspect were exemplary.

Donovan Mitchell missed the final triple, but left the game with 37 points and 7 assists. Mike Conley had 18 points and 7 final passes, Bojan Bogdanovic added 16 points, and Royce O’Neale was immeasurable with his 15 points, his hit from 3, and his brutal defensive work that was made more evident thanks to his 6 steals.

But there were two players on Snyder’s team who fell short: Rudy Gobert of France and reigning Sixth Man Jordan Clarkson. Utah fared better with Hassan Whiteside on the track than Gobert, who did not have his happiest night. And Clarkson left the track with very little input. Fallon and off-center. Nor was it his night.

That double drag could be the key that Utah was so late in the last 5 minutes of the game, and he almost won despite that.