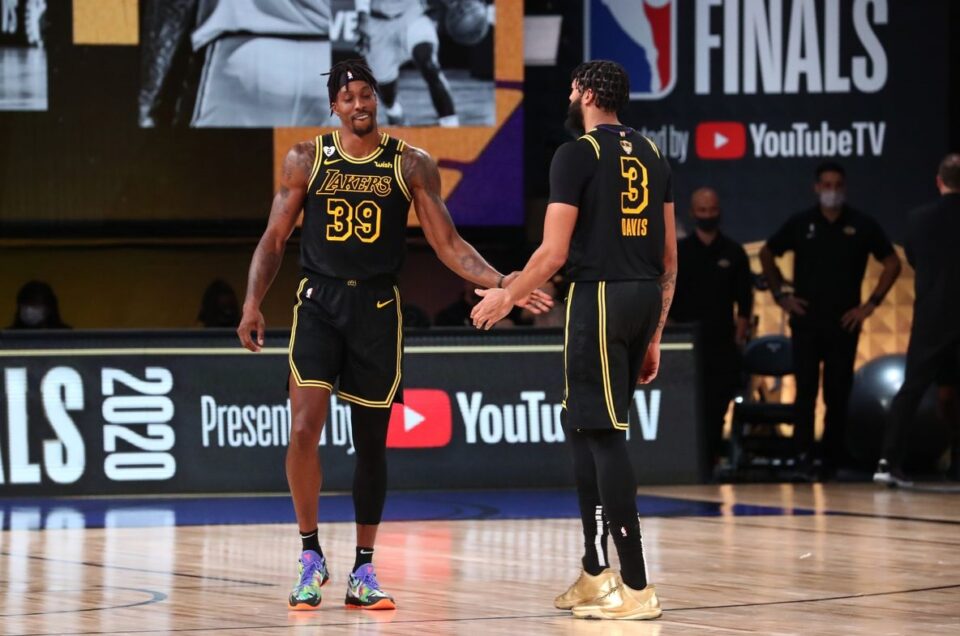 Miami Heat and Los Angeles Lakers follow opposite paths. While the Florida team has recovered almost their entire squad to the cause, the Californians faced the clash without the injured LeBron James, Anthony Davis, and Kyle Kuzma and without the suspended Tylen Horton-Tucker. Despite this, the Lakers were in the ointment almost to the end.

Reissue of the 2020 Finals. Reissue, yes, decaffeinated because of the casualties, which did not mean that the game was uninteresting, since it moved throughout the night with tight markers.

That balance on the scoreboard, almost always commanded by Miami, gave the impression more than once that it was not real, that at any moment the locals were going to step on the gas and break the game, but the minutes passed, and the Lakers continued clinging to the competition, he remained hooked on the possibility of winning.

That hitch to hope came until a 9-2 run made it 104-94 at 2:14 left after a triple by Duncan Robinson and two free throws by Jimmy Butler given by the Lakers, more specifically given by Markieff Morris, that at a delicate moment in the match, he decided to expel himself by repeatedly protesting to the referee an action that, right or wrong, he should not have protested until the rope was tightened to that extreme.

Those 10 points were enough cushion for Heat to live the final 2 minutes with some peace of mind.

Victory 110-104 with a great Jimmy Butler. The forward went from low to high, scoring 10 points in the fourth quarter and finishing with 28, to which he added 7 rebounds, 4 assists, 3 steals, and good shooting percentages.

The bad news for Miami was in Victor Oladipo, who had a good game, finished as the team’s second scorer (18 points), but was injured on the court in the last quarter after putting his hand on his knee after a dunk. We will have to wait, but their record does not invite optimism in these cases.

Tyler Herro scored 15 points after being very successful from the triple, and Bam Adebayo contributed with 13 points, 7 rebounds, and 4 basket passes, while Trevor Ariza started again and added 8 points in 27 minutes of play.

Lakers, who definitely, as expected, will allow themselves the luxury of having Marc Gasol as a spectator in their games, appreciated the offensive explosion of Kentavious Caldwell-Pope (28 points and 6 triples). He offered his best face.

Returned to the game Andre Drummond, who played 27 minutes for 15 points and 12 rebounds, and debuted with Lakers Ben McLemore.

Highlight the good role of Wesley Matthews, who seems to be coming back from his bad season. Montrezl Harrell had 10 points and 9 rebounds in 21 minutes, and Dennis Schröder, who cost a world to score, gave 14 assists and lost 7 balls, being very aggressive in the ball’s defensive pressure.

The game, beyond equality, was a true catalog of turnovers: 20 did the Heat and 22 Lakers! To make him look at it.

It is striking the fact that Miami had 18 free throws at its disposal in the first quarter by only 1 Lakers and that in the second, the locals threw 2 and the Angelenos 14. Mysteries of the arbitrations that are being seen in the NBA.

The game left us with an assist-basket from Goran Dragic, who when he sought the alley-oop with Jimmy Butler, scored a clean pass-shot, a beautiful basket from Kentavious Caldwell-Pope ending the second quarter, a huge kill from Oladipo in the third part of the match, and rookie Achiuwa committing 4 fouls in his first 4 minutes on the court.

Beyond all this, Heat was superior, although it was difficult for him to show that superiority on the scoreboard.

With this loss, the Lakers are at 32-20. Vogel’s team is fifth in the West, but he has Portland and Dallas on the prowl, and don’t forget that Dallas is right now in the play-in spot.

Suns, Pacers And Knicks Win Over Sixers, Hawks And Rockets