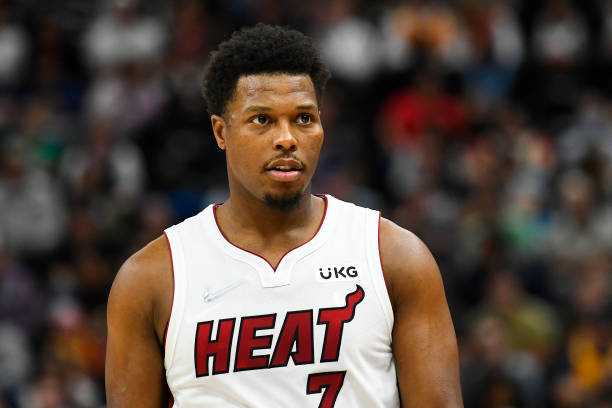 Those from Florida get the first victory on their tour of the West with 27 points from Herro. Jazz goes 36-16 in the fourth quarter with a spectacular performance from Bogdanovic.

It was a game of streaks, extreme streaks and quite crazy alternatives. The Jazz-Heat went jerkily, leaving the spectators with few elements of judgment to be able to read the game with a minimum of logic. In the end, Heat won 105-111 despite 36-16 in the final quarter.

The first and second quarters have already shaped the type of game we were going to see, creating, without a doubt, a trend.

The second period did not lag behind. Partial 3-16 for Heat to get 27-43 and local reaction to reach the break with a less comfortable 48-58. And what came after was much more extreme, since the third quarter was resolved with a 21-37 and the last with the aforementioned 36-16. Crazy thing.

Thus, Miami had a 27-point lead (66-93) in the third quarter, which ended with a resounding 69-95. And everyone expected the final quarter to be fertile ground for nondescript minutes, out of competition, but it was not like that.

The locals squeezed the hand of a huge Bojan Bogdanovic, who scored 19 points in the fourth quarter, more than the entire Miami Heat. And the comeback was about to come true. The Jazz went from losing by 27 playing the third quarter to standing 105-109 with 14.5 seconds left from an 18-0 run. But 2 free Tyler Herro ended the miracle.

The Miami Heat (8-5) had lost the first 3 games of their tour of the West, so the victory in Salt Lake City comes in handy.

Again without Jimmy Butler, Heat had their starting five very active, with Tyler Herro with 27 points and 8 rebounds – he was not fine from a distance – with Duncan Robinson achieving 22 points after hitting 6 triples, with Kyle Lowry signing 21 points, with PJ Tucker in a double-double and infallible from the shot of 3 and with Bam Adebayo finishing with 13 points, 7 rebounds and 7 assists.

Utah Jazz (8-5) appears to be in the doldrums. He has lost 4 of his last 5 commitments.

Bogdanovic was his leading scorer with 26 points and 6 triples, Clarkson added 25 points, Donovan Mitchell added 22 and 5 steals, and Rudy Gobert went to 14 points and 13 rebounds.