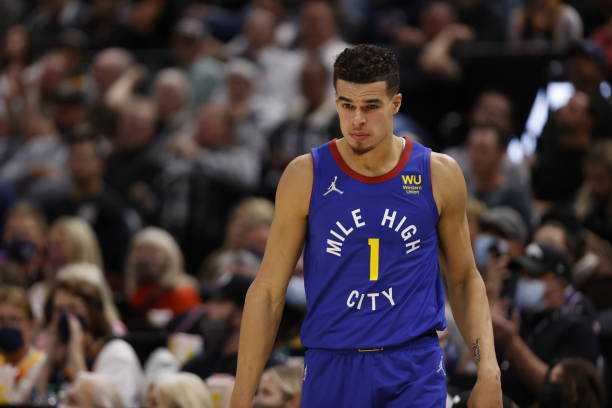 The Denver player could have a nerve problem in his back. The forward has not played for more than two weeks due to his new injury. It is known that the back is the weak point of Michael Porter Jr., a kind of Achilles heel that has already forced him to undergo surgery a couple of times, and that it is not ruled out that it will take him to the third time. operating table.

It is The Denver Post reporter Mike Singer who has raised the alarm: Porter Jr. could miss the remainder of the season. It would be a very hard stick for the player and for his team, who have injured Jamal Murray since last season and who have been playing lately without Nikola Jokic due to a right wrist injury.

It appears that Porter Jr. may have a nerve problem in his back, further exacerbating his current injury. The player is undergoing treatment, but the surgical option is not ruled out.

The last game played by the forward was on November 6, a game in which he missed an easy layup because he suffered from his back problems. He left the court then and has not played for more than 2 weeks.

Denver has limited itself to reporting that Porter Jr. has a localized back injury, but has not gone into details or specifications of it, as it has not set a recovery time at any time.

Porter Jr. signed a maximum contract extension of $ 172 million for 5 years (which could go up to 207), an extension that will take effect next season.

However, his start to the campaign had been gray, with numbers that had nothing to do with his good last season, a game and statistics in clear decline that are partly explained by the discomfort he was dragging on his back.