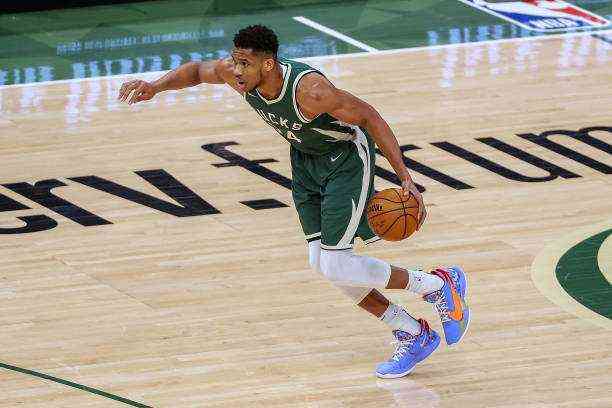 Bucks victory with Antetokounmpo leadership and PJ Tucker debut San Antonio holds the pull against Milwaukee with a great Lonnie Walker IV. The Milwaukee Bucks are already cruising. The team of Mike Budenholzer has succeeded in tuning required. And successfully walk through the competition. The Bucks have 6 wins in a row. And they have 11 in the last 12 games.

This Saturday has not been easy. Victory against Spurs by 120-113. San Antonio has reserved Dejounte Murray and Patty Mills on a break. And despite this, it has been competitive. Gregg Popovich’s squad is having a great campaign.

Milwaukee has not struggled down the stretch of the game. But San Antonio has been very close. The first part finished 57-50. The third quarter has ended 88-84. The Spurs came within a breath of the Bucks (88-87). But they have not been able to get ahead on the scoreboard in the moment of truth. There the power of Wisconsin has prevailed. Until 115-104 at 3:37 am from the conclusion. And do not rush.

The moment of those of Popovich was in the first part. The Spurs came to amass a 14-point lead. Bucks have started cold once again. To later warm up engines. Both in attack and defense. That defensive improvement has seen Spurs only have 17 points in the second quarter.

Another Giannis Antetokounmpo match from less to more. He’s in great shape. He has achieved 26 points (17 in the second half) with good shooting percentages. Also, 8 rebounds and 15 assists. It’s his best assist record of the season.

Khris Middleton has made 23 points. And Jrue Holiday has added 21. The holiday continues to improve after returning from injury. Very important to your team that it be so. Up to 7 local players have been at 10 or more points. Special attention to Donte DiVincenzo .

Newcomer PJ Tucker debuted with Bucks. He has been on the track for 13 minutes. Now it is his turn to adapt.

San Antonio has enjoyed the most offensive Lonnie Walker IV. Personal record in the NBA with 31 points. He has also added 6 rebounds and 5 triples. It’s second part, spectacular. He made 23 points after intermission.

DeMar DeRozan has had 22 points and 13 assists. And Keldon Johnson finished with 17 points and 8 rebounds. Keldon was coming off a double 20. Good Rudy Gay from the second unit.

On the downside, Derrick White. Bad match in attack. Denied from triple.

Beyond that, these Spurs are in good health. Old Popovich continues to hold the chair.