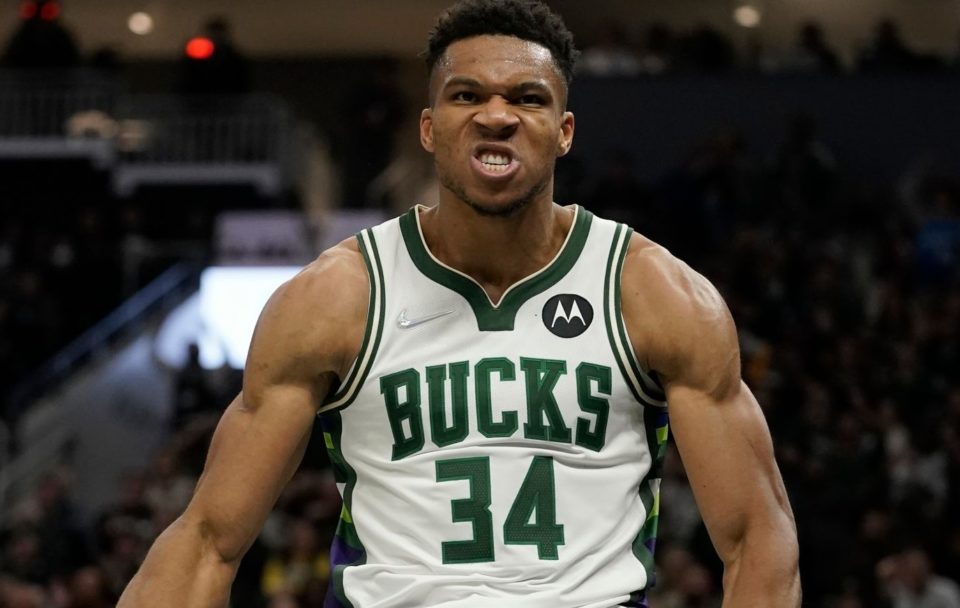 Horton-Tucker is once again the best of the Lakers, and Davis is shipwrecked against Antetokounmpo.

The Lakers played a very worthy game in Milwaukee but ended up losing 109-102 to a team that is still light years away from the team that won the ring a few months ago. Of course, the one who was not far from his performance in the last Finals was Giannis Antetokounmpo.

The Greek was a real gale that swept away Vogel’s. Brutal performance of the two-time MVP literally eating Anthony Davis, who could do nothing on defense against the might of the local star, who finished with stunning numbers: 47 points, 9 rebounds, and 3 assists. But the most incredible thing about Anteto was his extreme effectiveness in front of the basket: 18 of 23 in the field goal, 3 of 4 from the triple, and 8 of 11 in free practice! Simply amazing.

The Bucks finally reunited their big three. This has been the third game of the season in which they have succeeded, and all three have ended with triumphs. Without the entire stellar trio, 4-8.

Milwaukee got back Khris Middleton, who had missed the previous 8 games. The forward went from low to high to finish with 16 points (half of them in the fourth quarter), 5 rebounds, and 6 assists in 30 minutes. Middleton left Covid-19 behind and is about to leave Ray Allen himself behind as well. For now, he has tied for the first tripler in franchise history. Now they both have 1,051 3s made with the Bucks.

Plus, Bobby Portis completed a great first half. All his points, 17, he scored before the break. Pat Connaughton had 16 points and 4 3-pointers from the second unit, and Jrue Holiday was pretty down on the shot, but he contributed greatly to the victory with his defensive work and his contribution in many sections of the game. In fact, he was the local player who spent the longest time on the court.

This time, the Bucks featured the minor version of Grayson Allen and a sub with only Connaughton scored.

Budenholzer’s team has started the season at a slow competitive pace due in large part to injuries. Little by little, he has been emptying his infirmary, in which Brook Lopez and Donte DiVincenzo are still found, and lightening the infirmary will surely revert to an improvement of the team.

The Lakers, meanwhile, have also recovered several players lately, but still without Trevor Ariza, Kendrick Nunn and, above all, LeBron James, who in the 8 games he has been out has seen his team lose 5 times.

Despite the loss, the Lakers offered positive signs or at least some aspects that can lead to some optimism.

The best of these Lakers right now is Talen Horton-Tucker, who had just scored 28 points against Chicago and today endorsed 25 points and 12 rebounds to Milwaukee. This player continues to grow, who seems not to be 20 years old.

Another positive aspect was the good performance of Russell Westbrook (19 points, 15 assists with only 3 losses, and acceptable shooting percentages). At least he is putting a lot of effort into making things go well.

And another positive issue was the enormous defensive improvement of the Lakers in the second half after conceding 64 points in the first, a first half in which Anteto made a real break to the Los Angeles team with 28 points and 12 of 13 in the field goal.

Davis (18 points and 9 rebounds) was not like in his best nights and was helpless in defense against Antetokounmpo. Also, poor performance from the second road unit, with Monk and Ellington jointly offering 2 of 14 from the triple.

The Lakers, who are now 8-8, can complain that Milwaukee finished the game with only 10 fouls, including one not whistled Anteto in a Davis dunk, a very dangerous action by the Greek who went unpunished, but the truth is that the Angelenos once again lacked clairvoyance when it came to moving successfully in a match with a tight score.

In fact, they had no real chances of victory in the final 3 minutes, and they definitely lowered their arms when with 107-101 on the scoreboard, Carmelo Anthony missed a triple that would have required the locals.

Ultimately, Bucks won fairly, but narrowly, thanks to a dazzling performance by Anteto.