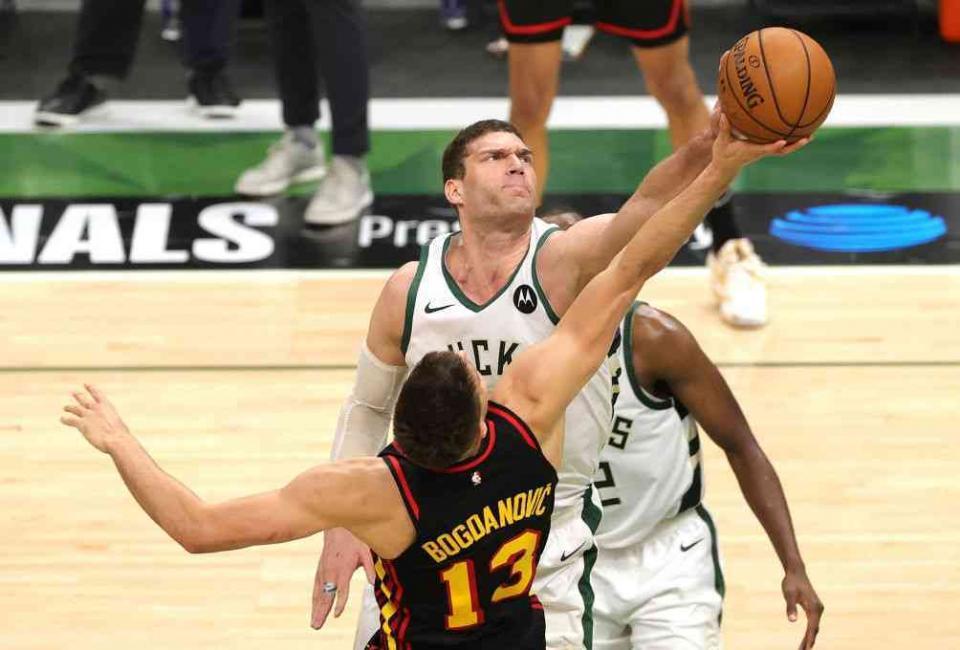 The Bucks stepped forward without Giannis Antetokounmpo, and the Hawks stepped back without Trae Young. The absence of the series’ big stars marked Game 5 of the Eastern Finals, a game that Milwaukee dominated from start to finish.

Milwaukee made a difference from the opening jump. Midway through the first quarter, he dominated 22-7 after a 14-2 in the paint with Jrue Holiday and Brook Lopez doing mischief and with Nate McMillan already being forced to ask for a couple of time-outs.

That overwhelming start, full of intensity in defense and clairvoyance in attack, already marked the trend of a match that the locals came to dominate by 20 points in the first quarter (30-10).

Milwaukee lived all night with ease, but without being able to break the game, while Atlanta held on to the game as best it could, sometimes shortened distances, but never finished getting into a winning dynamic. In fact, the most the Hawks managed all night was to get within 6 points (65-59) in the third quarter. That was the moment when he most squeezed a rival who played an excellent game.

Players were asked by the Bucks to step forward without Anteto, and boy did they. Some were where they needed to be because of their star halo – Khris Middleton and Jrue Holiday. Others took an exponential leap – Brook Lopez and Bobby Portis -. And the team worked like a clock on defense, showing very physical and highly coordinated, a coordination that was lacking in the defense of Atlanta, which did not have its best day, arriving many times late before the brilliant circulation of the ball from the premises.

Brook Lopez was a nightmare for Atlanta. He made points and more points in the paint to beat his playoff scoring record and put Clint Capela in a very bad place. The Californian player added 33 points, 7 rebounds, 4 blocks, and 14 of 18 in the field goal in his team’s victory (123-112). He was almost infallible in attack and worked excellently in defense.

The two local healthy stars showed themselves to a huge level. Khris Middleton played 45 minutes for 26 points, 13 rebounds and 8 assists. He was the Middleton with a bright face in a series in which lights and shadows accompany this exquisite player. Jrue Holiday, meanwhile, was essential with his impressive start to the game, his defense and his wonderful ability to guide and organize the game. A great pleasure to see Holiday play totally focused on his grassroots work. He had 25 points, 13 assists and 6 rebounds in 42 minutes. A first-rate luxury for Milwaukee, a luxury that is making a difference, among other things, compared to last season.

And then there was Portis. Starting for the first time in a playoff game and nothing less than replacing Antetokounmpo. Although he does not always channel that intensity well in defense, the always intense Portis broke his scoring record in the postseason by scoring a remarkable game – 22 points, 8 rebounds and 3 steals – to popular acclaim from the Fiserv Forum stands.

Mike Budenholzer’s squad dominated the game from start to finish despite having a bad night from the 3-pointer, one of the team’s great thermometers. The Bucks finished with 9 of 29 from the line of 3 after failing 12 in a row, but that poor performance never interrupted their excellent line of play, celebrated from the side by a Giannis Antetokounmpo who did not tire of encouraging his team while being a good part of the standing party.

Milwaukee finished with 50% on the field goal, only 8 turnovers, good work on the boards, and many points in the paint.

PJ Tucker worked well and captured 11 rebounds, and Pat Connaughton, quite loaded with fouls, was the only substitute who saved his image a bit, with the second unit being a bottomless pit for Wisconsin (2 points from the substitutes in the first three rooms).

Atlanta didn’t have as many men stepping up to make up for Trae Young’s loss. At a top-level, the only one was Bogdan Bogdanovic, who seems to be forgetting his knee problems. Great game for the Serbian, who even dared to squeeze the Bucks a bit down the stretch. He finished with 28 points and 7 triples playing 39 minutes.

In addition to Bogdanovic, 19 points in 23 minutes from Danilo Gallinari , who is still one of the most reliable players in Atlanta at this stage of the competition, another 19 with 8 rebounds from a John Collins who started the game with 0 of 8 in the shot and 17 and 5 assists from Lou Williams, who started again in place of Young.

Warriors Pass Over The Nets After A Fantastic Third Quarte