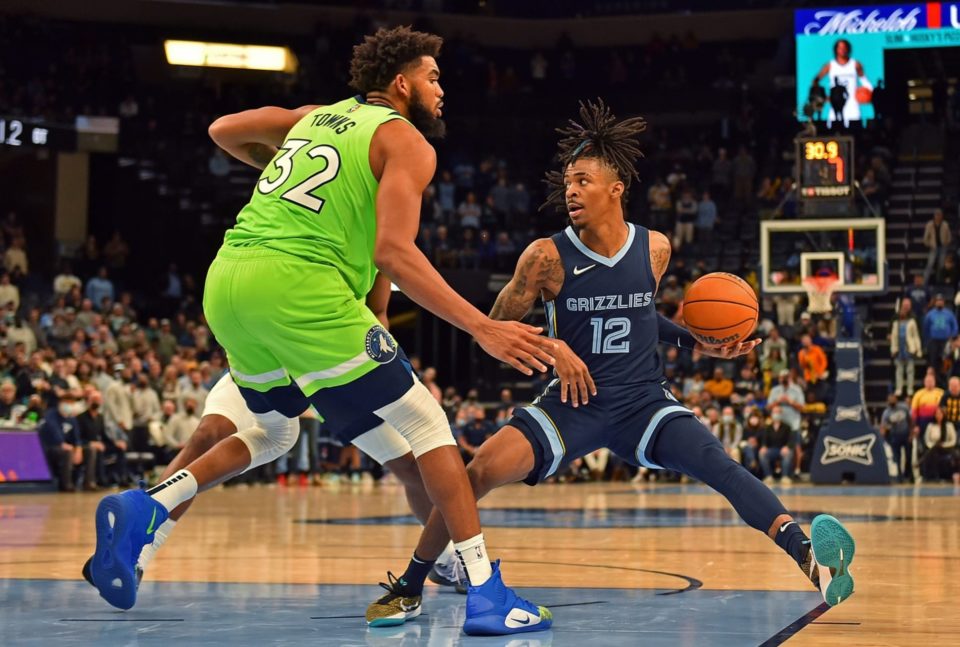 The Grizzlies take a real beating that already began to take place in the first quarter.

Full-blown beating, and the kind that hurts. Minnesota Timberwolves unceremoniously pulverized the Memphis Grizzlies by winning by 43 points (138-95) after finishing the third quarter winning 42 and reaching a maximum advantage of 45.

The locals canceled Ja Morant, who was gray, very gray. He finished with 11 points under his belt, equaling his worst scoring record of the season.

On the opposite side, in the antipodes, the local big three, which was great and scored 72 points as a whole.

D’Angelo Russell scored 28 points, the Dominican Karl-Anthony Towns signed 21 in 24 minutes, but the real leader in this game was the young Anthony Edwards, who added 23 points in 26 minutes with 8 of 10 in the field goal and 5 of 6 from triple.

Because Edwards was the one who already broke the game in the first quarter, which finished 40-23. Yes, Minnesota used the fast track, the game was very short-lived. Of those 40 initial points, 17 from Edwards scored in the first quarter 5 of 5 from the triple and made a wild dunk, one of those flights without an engine that left the crowd full.

Good help from players like Patrick Beverley , Michael Beasley or Jarred Vanderbilt to boost the third win in a row for Timberwolves, which is already close to 50% of victories in the season.

Those of Minneapolis were 53.8% in the field shot, they made 20 triples bordering on 50% of effectiveness and captured 18 offensive rebounds.

Memphis was a disaster from start to finish. He did not play Dillon Brooks, and Kyle Anderson came out for him. Only Desmond Bane was saved from the burning. The rest, regrettable.

Poor Start Of Westbrook And Argentine Duel In Denver