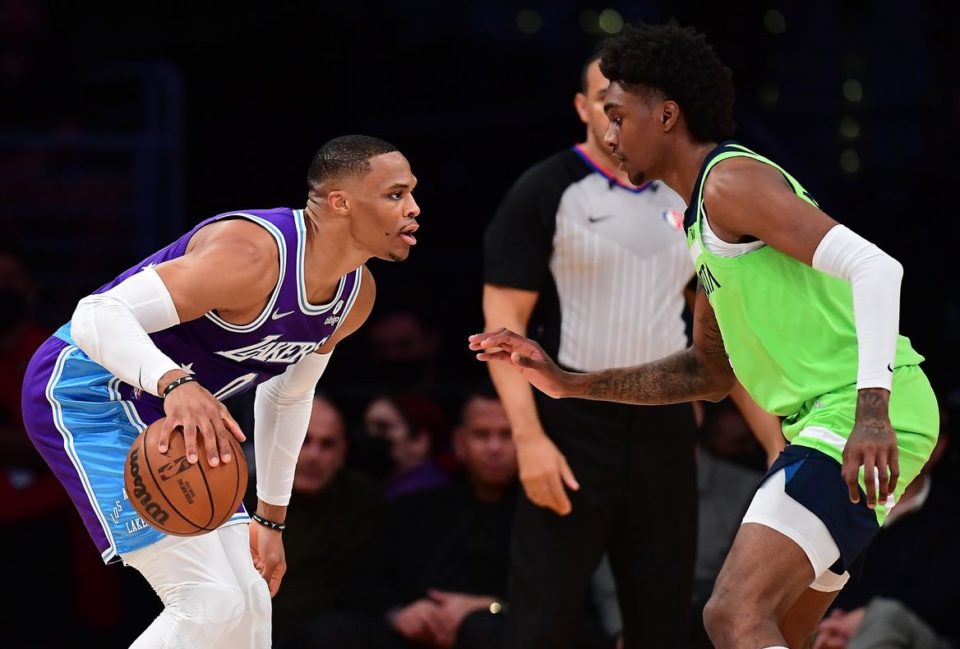 The Lakers have been determined to make the NBA happy. This time the winners were the Timberwolves, who arrived at Staples Center with 6 consecutive defeats and left him with a tremendous victory manufactured from an amazing third quarter.

At halftime, the Lakers led the Timberwolves 49-44 without doing anything extraordinary. And that was, seen what came after, the great moment of the local team, because the second half was a real nightmare.

The third quarter began with an overwhelming flow of visitors’ play against a physically and mentally collapsed Lakers. Minnesota managed a 4-29 run to get a 20-point lead (53-73), and the worst for the Lakers was yet to come.

The humiliation took on extreme overtones. The third quarter ended 12-40 for an overwhelming 61-84! With Karl-Anthony Towns first mashing the genitals of Anthony Davis in an action that earned him a technical foul and then mashing the image of the Lakers with an unstoppable display on the offensive field.

The Dominican player was the star of the match. He finished with 29 points and 7 rebounds, 11 of 17 on the field and 4 triples. Of those 29 points, 18 got them into the crucial third quarter. I mean, in the third quarter, Towns scored 6 points more than all the Lakers players!

In addition, if the injury was not already capital, a former Lakers player decided to give the tip to his former team when it was already fallen on the ground and lost by beating. Because D’Angelo Russell finished finishing off the Lakers with 3 triples in a row, putting the score in a resounding 64-97 when the final quarter was already played, with a partial score at that time of 15-53 since the break. Yes, 15-53!

Lakers didn’t know where to get into. The premiere of the City Edition uniforms and Russell Westbrook’s birthday (he turned 33) did not give any celebration.

The local team scored 83 points, stayed at 35.4% in the field goal, made a series of 9 of 41 from the triple, bounced badly, lost 19 balls and had no presence on the court that could infuse any optimism. The team went about 8 minutes without scoring a field goal in the third quarter, the moment of the game in which the Lakers went to live in no one knows what world.

Anthony Davis and Rajon Rondo were saved from burning, to save some. The rest, very bad. Westbrook shot little and well to the basket, but it was too late by the time he wanted to get involved in the attack. The point guard lost more balls (5) than assists (3) and his team scored -32 on the scoreboard with him in the game.

Meanwhile, Carmelo Anthony had a horrible night: 1 of 12 in the shot. Nothing to do with Melo from previous games.

Bazemore and Bradley are zero left, Monk fell apart after the break, Howard seems to be down, and Vogel can not find solutions for a team taking their injuries.

On the other hand, in addition to 29 points from Towns and 22 from Russell, the excellent work of Patrick Beverley and the well-measured roles of Vanderbilt (what a stopper he put Monk on a triple!), McDaniels, Okogie or Reid. Many secondary mates are doing their role well.

Even Bolmaro, given the situation, had 2 final minutes that served him, at least, to give himself the pleasure of playing in the Staples against the Lakers, although these Lakers are far from the minimum required for a franchise with such a pedigree.