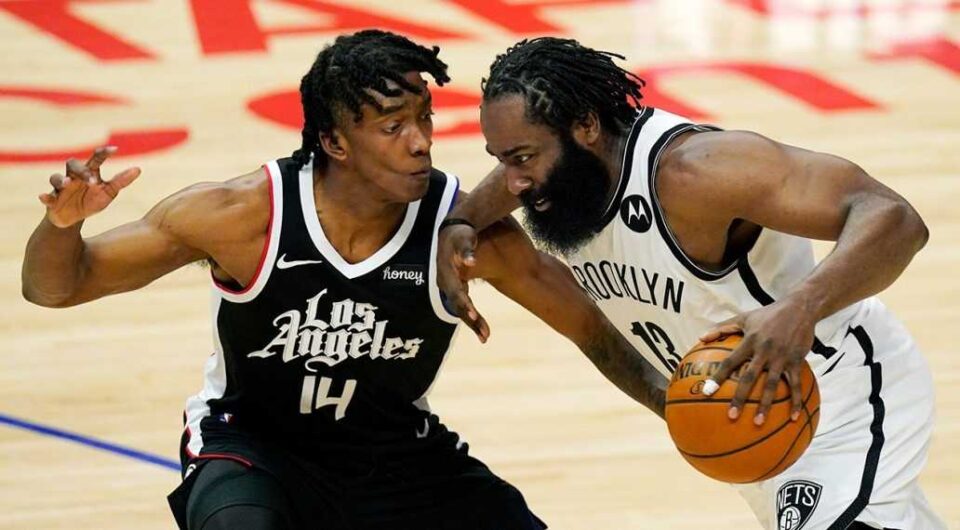 The Nets have been unstoppable in the West. The team of Steve Nash defeated the Clippers 108-112 at Staples Center. And he already has 6 consecutive victories. Of them, 5 in their perfect tour of the West. That 5-0 includes wins over the Warriors, Kings, Suns, Lakers, and Clippers. Almost nothing, come on. A tour that ended today.

Plus, of the last 5 wins, 4 without the injured Kevin Durant! They seem to be left over. Despite the deficiencies in some positions of its staff.

Today the victory was by a narrow margin, but well deserved. The Brooklyn Nets was in control of the game most of the time. He dominated the scoreboard from the second quarter. It was better than the Clippers. And he had a 15-point lead in the fourth quarter. But in the end, the situation got complicated, and he almost lost.

These Nets are beginning to contradict some of the arguments that are being used against them. The team is beginning to defend. Very good work in that chapter, both against the Lakers and the Clippers. The team scored 60 points in the paint against the Clippers for 38 of the rival. In other words, he defended the vicinity of the rim better than the Los Angeles squad. And the Harden-Irving duo seems to live together in perfect harmony and with total ease. The only point where the Nets suffered again was on the rebound. Something totally logical considering the preparation of your template.

The Clippers had Paul George with 34 points, 6 rebounds, and 7 assists. He was eliminated for fouls and had to see the outcome from the band. Kawhi Leonard finished with 29 points and 13 rebounds. And Ivica Zubac added 13 points and 8 rebounds.

The Spanish-Congolese Serge Ibaka had 8 points and 8 rebounds. He played 21 minutes. And bad night from Lou Williams. With 2 of 11 in the field shot.

Turnover key in the game. The locals committed 16. The visitors only 6. And they had been 3 having played the first 36 minutes of the game!

Brooklyn went up to 15th in the opening bars of the fourth quarter (79-94). But he could not definitively break the match. And he ended up suffering.

An 11-2 run brought the locals closer to 90-96. After that, we were able to enjoy 2 blocks, almost followed by Jordan on Kawhi and Zubac. A scuffle between Bruce Brown and Paul George. A pair of formidable assists from Kyrie Irving to Jordan and Harris. A tough block from Patrick Beverley sent Jeff Green into the locker room. The sixth foul that left George out of the game. But the Clippers were more alive than ever. Tightening the premises. They squeezed so hard that they had real chances of winning.

A triple from today’s unfortunate Lou Williams made it 106-108. Irving missed a couple of shots. And Kawhi tied the game from free practice: 108-108. 28.6 seconds left. Brooklyn’s advantage was gone. And then the two decisive plays arrived.

The first was a miraculous slap after another missed shot by Irving. It was DeAndre Jordan who saved his people with that slap. And then the action between Kawhi and Harden. The referees called a foul in attack when Leonard was looking for a tie. Was it a foul by the defender before the attacker? Some will say yes, and others will say no. Play to the limit.

The truth is that everything ended there. Harden went free on the next play and did not miss. He finished his great performance putting the unattainable 108-112 on the scoreboard. With 7.3 seconds to play. The Brooklyn Nets were winning again. The team is unstoppable in the Wild West. There he is, laying his cards on the table. And without Durant. Quite an excess.