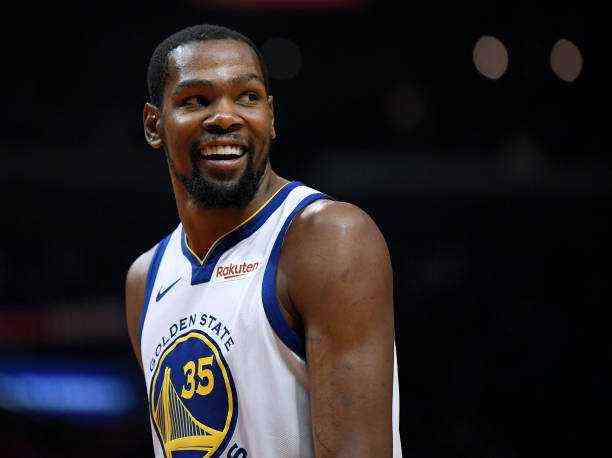 Kevin Durant’s first duel with Warriors, the team with which he won 2 rings. The forward’s first trip to the San Francisco Bay with his new squad, the Nets. And a successful reunion for Durant and his family.

It was a strange reunion. First, because Durant never played at Chase Center at home, he was never the star of a team located in San Francisco; Second, because the return to the Bay did not have fans as witnesses, with a bleacher depopulated by the pandemic.

Of course, Durant had his tribute from the Warriors: a video that was projected in a timeout of the first quarter to welcome him. Beyond that, intimate emotions and personal reunions in a game that lacked competitive emotion, because the Brooklyn Nets seem to begin to grease its machinery. The New Yorkers won with ease on a night when James Harden was the best player on the court, giving a veritable display of passing to his teammates.

Harden finished the game with 19 points, 8 rebounds, and 16 assists, and with only 11 shots to the basket, he dominated the court to lead the Nets in a resounding victory: 117-134.

Meanwhile, Durant left the game with 20 points, 5 rebounds, and 6 assists. He put 2 blocks, was irregular in the shot, and missed from the triple. He did not do it badly, although he was far from his best version.

The former Warriors missed his first 3 shots to the basket and did not score his first points until midway through the first quarter (they had 5:49 left to the end of the period). From there, his game began to flow.

Kyrie Irving scored 23 points, Bruce Brown went beyond mere defensive work to make 18 points and 7 rebounds, Joe Harris helped with 15 points, and Jeff Green with 14. Choral plays in the unstoppable offense of a team that played without DeAndre Jordan, thus facing the game with a low team against Warriors, who are still without pivots.

The party began to be mortally wounded in the final stretch of the first quarter. Partial 4-15 to close the quarter and make the score 28-37.

Warriors had already lost enough balls and were beginning to discover one of the aspects of the game that would be very expensive for him: his lack of success from the line of 3. The triple and his defensive drift were key in the defeat, as was good control of the Nets defense on Stephen Curry, who was not the magic Stephen Curry of previous games.

The second quarter began with many early turnovers by Brooklyn, but the New York team soon got back on track to dominate a lost opponent. It took the Nets 3 minutes to score their first points through Durant, but from then on, they dominated the court and gradually increased their lead on the scoreboard. Up to 16 points after a triple by Harden (49-65).

At the break, 51-66, and the Warriors with a double fear in the body: that of clearly losing the game and that of not recovering Draymond Green.

Because playing the second quarter, Green gave the big scare. He jumped to block a Durant outside shot and ended up on the ground writhing in pain in what looked like poor support and a possible knee injury. It was reassuring that he retired to the locker room under his own power, and even more reassuring to see him rejoin the game early in the third quarter.

Of course, that third quarter was the final tomb of the Warriors. Brooklyn put the direct, and there was no game. The visiting offensive was intractable. And the advantage grew again. Up to no less than 28 points (70-98 after a basket by Irving). The third quarter ended 82-108. There was nothing to settle in this game.

The last quarter was a pure formality. The Nets finished with winning shooting percentages (53.8-41-90) and with 35 assists. The Warriors died from their poor defense and their bad exercise from the triple, which was already very poor in the first half (4 of 20).

Stephen Curry finished with 27 points, but 2 of 9 from the triple. A human Curry who couldn’t pull his own. Kelly Oubre Jr. and Andrew Wiggins each scored 17 points, with Oubre Jr. grabbing 10 rebounds. And Eric Paschall made inconsequential numbers, when they no longer mattered (16 points in 17 minutes). Draymond Green was less from his mishap, and the Mexican Juan Toscano-Anderson started again, he played 25 minutes and added 8 points and 4 rebounds.

Green had 5 games in a row giving at least 10 assists. Impressive. Today he gave 8. Curry and he are the two great thermometers of these Warriors, and neither of them was brilliant.