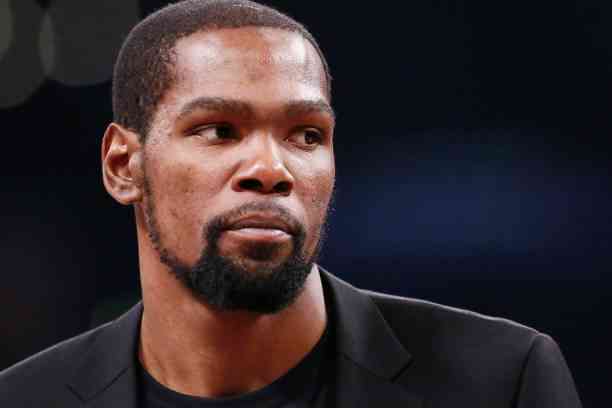 This team is a scandal. These Nets are an offensive machine of the highest order, a template tailored to become a weapon of mass destruction. And that was today for the Pelicans, a team that was disintegrated from the second quarter.

Kevin Durant returned to the game, and his return was a party. To begin with, Durant first heard the applause of his short-clad fans. He could not experience that sensation last season (blank for him), nor had he been able to do so in the present, since when the public opened in the pavilion (February 23), he was already injured.

Durant hadn’t played since February 13. There have been 23 games out, a long period of almost 2 months in which his team has worked like clockwork without him, but with him, this team takes on another dimension (despite the fact that today the one who was not there was James Harden).

The forward returned as if he had never had to face a stoppage. He came back in a big way. He was not a starter and did not play the first quarter. He jumped on the track at 7:37 am from the break. But he started with the starting five in the third quarter. And he looked more than good throughout the game. It is true that he lost 6 balls, but it is no less so than in 19 minutes, he signed 17 points, 7 rebounds, 5 assists, and a +22 for his team with him in the fray. He didn’t miss a single shot: 5 out of 5 on the field, 2 out of 2 on triples, and 5 out of 5 on free! He was physically and mentally agile, had an enormous competitive character, and gave joy to his team’s game.

The Nets were cruel to Pelicans without Brandon Ingram and without Josh Hart, among others, Pelicans away from any defensive spirit. Kyrie Irving does what he wants on the court, he is a player absorbed with the beauty of the game, sometimes it seems that he can manufacture movements beyond physics. And everything can be expected of this team if LaMarcus Aldridge contributes as he did today or if Blake Griffin produces in a few minutes and does all the dunks that he did not do in Detroit.

Brooklyn moved the ball to a great level, ran, attacked well in static, shot an enviable triple, and had no qualms when it came to defending the opponent’s key points well, and if not, they tell Zion Williamson, what he began to have serious problems scoring from the first quarter.

Brooklyn’s second and third quarters were a scandal. The locals signed a 14 of 18 in the field goal in the second to go to rest, winning 79-59 after putting the locals 14 points on the counterattack and the visitors 0.

Between the second and third quarters … 28 of 38 on the field goal, 73.7% effective! So it does not matter to defend better or worse, with that offense, everything takes on another dimension.

The last quarter was of no use. No crucial player played. Those of Steve Nash came to have 38 – point lead to win the 139-111 36-16 finish and get to the East as an early solo after signing his ninth straight win at home.

Irving, who signed fantasies of his own, finished with 24 points and 6 assists, Aldridge had 22 points and 2 blocks (an excellent one to Zion) in 23 minutes, and Durant exhibited plenty of play in the 19 minutes that it was in play.

Up to 7 local players in scoring double digits, joining the Harris , Chiozza , Green and Griffin club, who did it by playing just 13 minutes. Also, good game from Bruce Brown.

Pelicans tried to charge the Nets with his inside game, hitting on offense with that tremendous striker named Zion Williamson and doing damage with the offensive rebound, bringing together the Adams – Hayes duo or the Hayes- Hernangómez duo at times. But all that was useless. Because his defense was a drain on the offensive avalanche of the Nets.

It was a bad night since Van Gundy’s triple, who had Eric Bledsoe with 26 points and Lonzo Ball with 15.

Zion was out of his usual parameters. He had 16 points and 6 assists with 4 of 12 on shooting and 8 of 14 on free. He had 25 games in a row without falling below 20 points or 50% on the field goal. Today he stayed below those figures in both sections, his unstoppable player streak was broken.

Isaiah Thomas scored 11 points in his second game with Pelicans, and Spaniard Willy Hernangómez finished with 6 points, 7 rebounds, and 2 blocks in 17 minutes.

Marc Gasol Shines in His First Meeting Against The Raptors