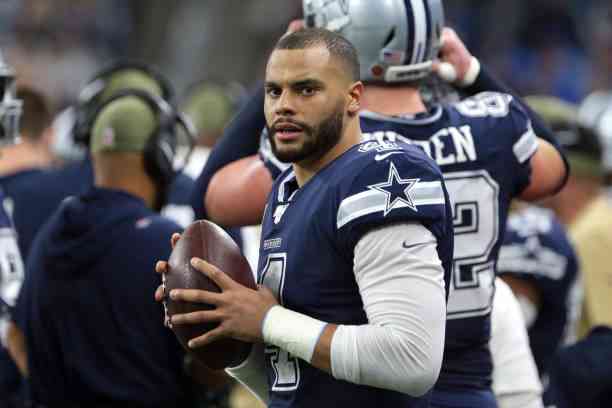 Dak Prescott is the favorite to win Comeback of the Year, the Jaguars made the signing of Tim Tebow official, Dick Lebeau will introduce Troy Polamalu at the HOF, and more. Don’t miss the NFL news.

Dak Prescott, favorite to win Comeback of the Year

The Comeback Player of the Year award is an individual award given by the NFL to a player who overcomes adversities suffered a previous season. In this case, Cowboys quarterback Dak Prescott suffered a right ankle fracture in Week 5 of 2020 against the Giants.

For 2021, the DraftKings website lists Prescott as the favorite to win said award with chances of +175. The next three candidates on the list have odds of +600: RBs Saquon Barkley of New York and Christian McCaffrey of Carolina, and Cincinnati QB Joe Burrow. Each of them also suffered significant injuries last year, and the same goes for 49ers defensive end Nick Bosa, who is +700 after suffering a torn ACL in Week 2 of the 2020 Season.

Who do you think will win the Comeback of the Year award in 2021?

With information from ESPN’s Adam Schefter, Tim Tebow signed with the Jaguars today and will be present with the team this morning for his voluntary offseason workouts. Tebow, the Heisman Trophy-winning quarterback under now-Jacksonville head coach Urban Meyer, will now try to jumpstart his tight end career, a position he has never played before.

We must remember that Tebow was last in the NFL in 2015, when he was part of the Eagles practice team, yet he failed to earn a spot on the team’s roster. He was previously with the Patriots, but also failed to make the roster. Drafted in the first round by the Broncos in 2010, Tebow played in Denver for two years and then spent a year with the Jets, last appearing in an NFL game in 2012.

Washington has made a couple of changes to its linebackers. This Wednesday, he announced the hiring of Joe Walker and the dismissal of Josh Harvey-Clemons. Walker spent the 2020 season with the 49ers, appearing in 12 games and participating in 61 percent of San Francisco’s special teams snaps.

Previously, Walker had appeared in all 16 games (11 as a starter) for Arizona in 2019, recording five tackles for loss and one forced fumble. Recall that Walker entered the league as a seventh-round pick for the Eagles in 2016, a team with which he won Super Bowl LI a season later. For its part, Washington selected Harvey-Clemons in the seventh round of the 2017 draft and appeared in 35 games for those led by Ron Rivera in his first three years, before opting not to play the 2020 season.

Polamalu to be presented by Dick LeBeau at the HOF

In more NFL news, former Steelers defensive coordinator Dick LeBeau will feature Troy Polamalu for his Hall of Fame induction ceremony. Polamalu selected LeBeau, also a HOF member, to introduce him, sharing a photo on Twitter with the words “Can you tell them that all I did was follow you …?”

In response to the above, LeBeau noted: “I think the good Lord made only one Troy, and I am so grateful that He has placed him in our lives, that being mine and that of the Pittsburgh Steelers. He is a one-of-a-kind player in a generation. There won’t be another safety like him in another 100 years,” LeBeau said on the Steelers website.

Polamalu played his 12 years in the NFL for the Steelers, where he was selected to the Pro Bowl eight times and managed to win two Super Bowl rings. For his part, LeBeau is a Hall of Famer, who played for the Lions from 1959 to 1972, and was Polamalu’s defensive coordinator on the Steelers for his entire career, minus a year.

As Deshaun Watson’s future hangs in the balance, Houston agreed to a one-year contract with veteran Jeff Driskel worth up to $ 2.5 million, ESPN’s Adam Schefter reported. The deal includes a $ 250,000 signing bonus and a $ 1 million base salary with $ 500,000 guaranteed. Driskel, 28, who visited the Cowboys earlier this month, has nine NFL starts in his career.

The Texans will be Driskel’s fifth team since entering the league as the 49ers’ sixth-round pick in 2016. He went from 2016 to 2019 with Cincinnati, starting five games in 2018. He also started three games with Detroit in 2019, and in In total, he has completed 58.6 percent of his passes for 2,120 yards with 13 TDs and 8 INTs. With this move, Driskel will join a corps of quarterbacks that currently include Deshaun Watson, Tyrod Taylor, rookie Davis Mills and Ryan Finley. Will Driskel get a spot on the team?

The Lions went for college coach before Campbell

The Detroit Lions ended up with Dan Campbell as their new head coach this offseason. However, initially, it was another Campbell they wanted in their ranks because, according to CBS Sports’ Dennis Dodd, Detroit offered Matt Campbell, HC from Iowa State, an 8-year, $ 68.5 million contract to coach this franchise, but the offer was rejected.

“In the offseason [Campbell] turned down an eight-year, $ 68.5 million offer from the Lions to stay at Iowa State, if you want to talk loyalty, he’s the most loyal guy,” Dodd said. Matt Campbell has been wanted by various NFL teams over the years, but has decided to stay within the Big Ten conference.

Goodbye Cowboy! Pau Gasol Retires From Basketball: “Dear Basketball, Thank You For Everything”