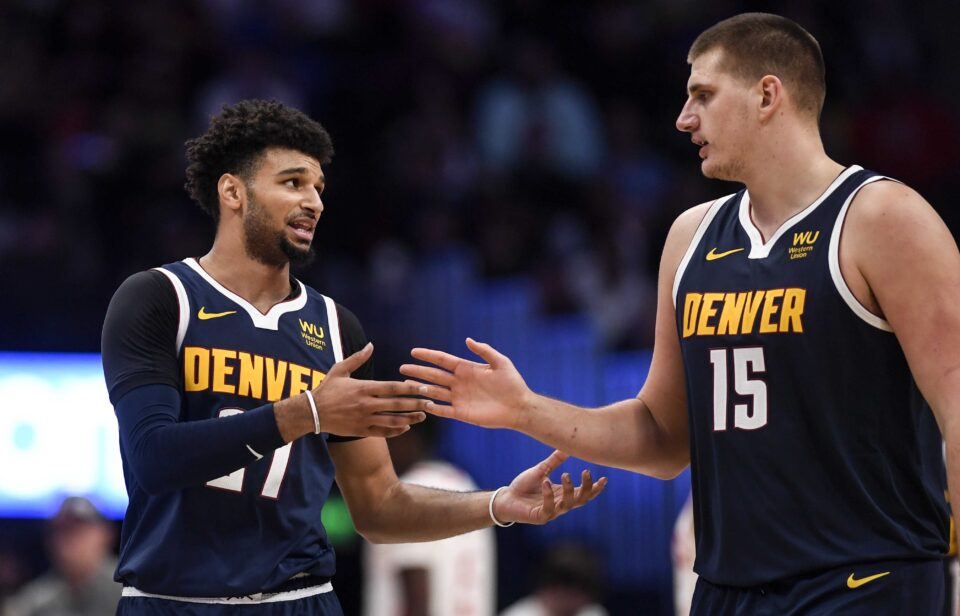 Nikola Jokic and Jamal Murray led the Denver Nuggets’ spectacular comeback against the Chicago Bulls, with key actions from Argentina’s Facundo Campazzo, while the Brooklyn Nets surprisingly fell to the Orlando Magic in Friday’s NBA game. Serbian Jokic and Canadian Murray each scored 34 points against the Bulls, who dominated most of the game from guard Zach Lavine, who finished with 32.

Chicago had a 14-point lead (103-89) with 7 minutes and 27 seconds left, when Jokic and Murray activated their fearsome connection for a total of 24 points in the fourth quarter.

Campazzo, who started from the bench but played the decisive moments again, chained an assist to Michael Porter Jr. with a steal and another pass to Murray that turned the scoreboard for the Nuggets (108-107) in the absence of 2:50.

With Chicago’s three-point lead again, Campazzo starred in another spectacular midfield steal from Lavine, who later fouled him.

The Bulls held the lead, but Murray, with a triple from the corner almost on the horn, put the tie at 116 that sent the game into extra time.

With Chicago still taking the hit, Murray and Jokic combined to score 13 points in the overtime that put the final score of 131-127 for the Nuggets, who remain in fifth place in the Western Conference.

” These guys are great, and they have worked hard. We have played really good basketball. But you know what? Jokic and Murray found a way for their team to overcome difficulties. That is ultimately what happened,” acknowledged Billy Donovan, Bulls coach.

Jokic, one of the candidates for the Most Valuable Player (MVP) award, skirted the triple-double with 34 points, 15 rebounds, and 9 assists.

Campazzo, meanwhile, was on the court for 34 minutes with 2 points, 4 rebounds, and 8 assists.

The Brooklyn Nets, racked with 14 victories in 15 games, could not assault the Eastern conference leadership when they fell to the Orlando Magic despite the 43 points of their figure Kyrie Irving.

Power forward Aaron Gordon, with 38 points and 7 triples, and French guard Evan Fournier, with 31 and 6, played their best games of the season to lead the unexpected triumph of the Magic, penultimate in the East.

The Nets, who are out of injured Kevin Durant, regained Irving on Friday after a brief absence, and the point guard shone with 43 points, his best scoring mark of the season.

Guard James Harden finished with 19 points, on a negative 4/16 shooting from the field, with 9 assists and 2 steals.

In a showdown between two of the best point guards in the league, the Portland Trail Blazers of Damian Lillard is 125-119 imposed on the Dallas Mavericks of Luka Dončić.

Lillard gave a scare late in the third quarter as he left the track amid great gestures of pain after Josh Richardson fell to his left knee.

However, the Blazers star quickly returned to the court and finished the match with 31 points and 4 triples while guard CJ McCollum had 32 and 7.

For the Mavericks, Doncic came close to another impressive triple-double with 38 points, 9 rebounds and 9 assists

“They are a great team offensively. Luka is a problem,” acknowledged McCollum, who is picking up his pace after missing two months of competition due to a broken left foot.

Utah knows how to suffer to beat Toronto

A day after the painful loss to the modest Washington Wizards, the Utah Jazz beat the Toronto Raptors 115-112 in a heart attack finish and remained in the West’s first position.

Cameroonian power forward Pascal Siakam (27 points and 9 assists) was able to send the game into extra time with a triple almost on the horn that bounced off the rim but ended up coming out.

Donovan Mitchell led the Jazz offense again with 31 points, 6 of them in the last minute.

The Golden State Warriors beat the Memphis Grizzlies 116-103 despite the absence of their star, Steph Curry, due to the severe blow to the tailbone he suffered in Wednesday’s game against Houston.

Canadian forward Andrew Wiggins exploded with 40 points, his best record of the season, 6 triples, and 8 rebounds for the Warriors.