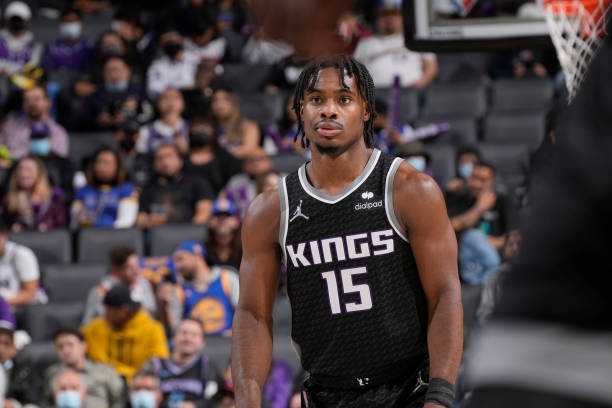 Kings beat Charlotte 140-110 with Holmes double-20s and 3-point record with Hield in front.

Overwhelming triumphs for the Golden State Warriors and Sacramento Kings. The former defeated by 41 points the denigrated Pelicans (126-85) and the latter defeated by 30 (140-110) the Hornets that are going down.

After their victory, Golden State is placed with a balance of 7-1, the best in the entire NBA equaled with that of the Utah Jazz.

Both teams, Warriors, and Kings, had a happy night from the triple with 20 and 22 transformed, respectively. Those 22 are a Sacramento record.

Warriors and Pelicans walk through opposite worlds. The San Francisco team travels with the tailwind and is now 7-1 in a fantastic start to the season in which they are not even needing the best version of Stephen Curry ; The New Orleans squad is adrift without Zion Williamson and Bradon Ingram in a project full of doubts that already has a 1-9 record, the worst in the entire NBA.

The game was a true reflection of that abyss that separates these two teams, with the Warriors breaking the match in the third quarter again on defense to endorse a tremendous 72-35 to the rival throughout the second half.

It is the defensive chapter that is now being the differential in Steve Kerr’s team , which continues to move the ball fantastically and is finding answers from players outside of Curry.

Today, new great games from Jordan Poole (26 points and 6 triples) and substitute Gary Payton II (17 points in 18 full minutes of intensity). This allowed the Warriors to unload the weight of their important men. Curry added 19 points with 5 of 15 on the shot, Wiggins added 16 and Draymond Green had 8 plus 8 rebounds and 5 assists, again being essential in the back.

The locals were above 50% in the field goal, they made 20 triples with a 40% effectiveness and assisted 36 of their 47 baskets, tripling the ratio between assists (36) and lost balls (12).

Pelicans, meanwhile, was stranded 35.6% on the shot and lost 18 balls.

Once again, Jonas Valanciunas was the only one from New Orleans who was saved from the burning. The Lithuanian added 20 points and 15 rebounds. The Spanish Willy Hernangomez played 3 inconsequential minutes.

Sacramento continues to perform at a very good level, while Charlotte continues to lose steam after its shocking start to the season.

The Kings-Hornets was a real local monologue from the first moment, with Luke Walton’s team endorsing the rival with a tough correction in the first quarter (41-22) and dominating by 27 points, playing the second.

Sacramento’s offensive gale (41, 33, 32 and 34 points in each quarter) revealed the very poor defensive work of the Hornets, who were buried from triple, distance from which the Kings broke the franchise record by transforming 22 with a brutal 50% success rate. The Kings were 55.2% accurate on the field goal and doubled the Hornets on the rebound (56-28).

Up to 7 local players in scoring double digits, on a great night for Richaun Holmes , who made the first double 20 of his career after scoring 23 points and 20 rebounds. Huge Buddy Hield from the triple. He scored 8 and finished with 26 points starting from the second unit. De’Aaron Fox finished with 21 points and 9 assists, directing the actions of a runaway team on offense.

One more day to highlight the rookie Davion Mitchell , who this time went to 19 points with great success from beyond the arc, as well as the double-double of Harrison Barnes and the 14 points of Tyrese Haliburton , a player who oozes quality.

The Hornets conceded 74 points in the first half. A strainer your defense. Gordon Hayward (25 points) and LaMelo Ball (24 points and 13 assists) were his best men in attack, while it was not the night of Terry Rozier -3 of 14 in shooting- or of Miles Bridges -4 of 14-, that this time it did not shine as in previous appointments.