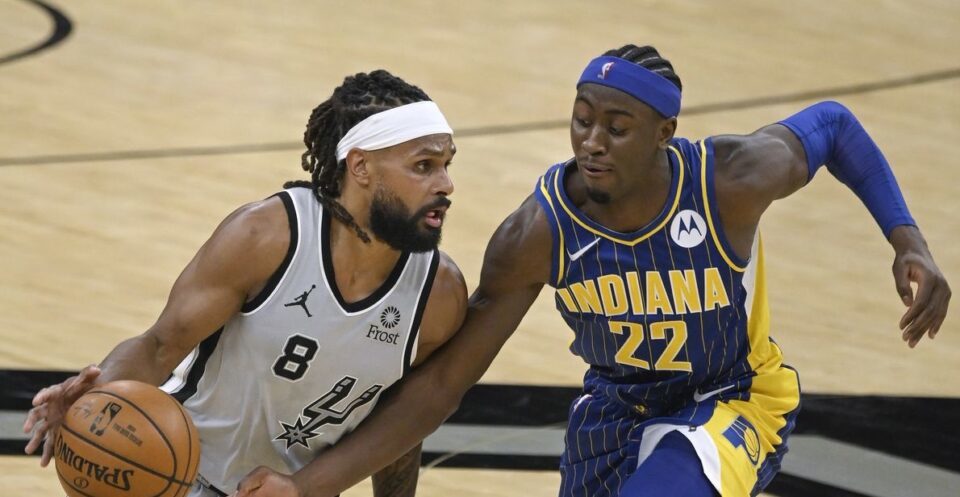 LeVert leads the visitor scoring but it is McConnell and Turner who decide the game.

Once again, the overtime felt bad for the Spurs. Overtime loss to Indiana Pacers (133-139) after losing 48 hours earlier to Atlanta Hawks in a double overtime game. San Antonio has been able to win 2 games that it has ended up losing.

Indiana had lost its last 3 matches and urgently needed to re-engage with victory, and had it close without the need for overtime.

Indianapolis won 121-126 in the game’s final stretch, but conceded a 5-0 that forced them to extend the game by 5 minutes.

That final stretch of the last quarter was a bad time for Caris LeVert, who was playing a very good game.

In that final stretch, DeMar DeRozan missed a free kick 29 seconds from the end that would have unbalanced the score and missed the final 2-shot, forced and over the horn, which would have given his team the victory, since seconds before Myles Turner he threw a thunderous 3-pointer that was far off target.

Already in extra time, TJ McConnell and Myles Turner decided on offense, thus making up for the bad shot he made in the last seconds of the fourth quarter.

Indiana won with 55.3% on the field goal against a team, Spurs, which was able to recover 18 offensive rebounds and lose 17 balls.

They beat the Pacers without Domantas Sabonis, Malcolm Brogdon and Jeremy Lamb. A great opportunity missed by San Antonio.

Up to 7 visiting players with 10 or more points. Caris LeVert had 26 points, 9 assists, and 3 steals. The bet for him is taking shape little by little. Myles Turner added 18 points, 7 rebounds, and 4 blocks and backups TJ McConnell (18 points, 7 rebounds, and 8 assists) and Aaron Holiday (18 points) shone in a game in which Indiana’s second unit scored 60 points. Well, also the starter Edmond Sumner with 15 points.

The 139 points scored by Indiana are his best score of the season, 139 points conceded that should have hit Gregg Popovich in the gut.

The Spurs also had 7 players in double figures scorer. DeMar DeRozan had 25 points and 6 assists, Keldon Johnson added 20 points and 10 rebounds, Dejounte Murray added another 20 points, Derrick White, misguided from the triple, went to 18 points, and Jacob Poeltl returned to shine with 14 points, 13 rebounds and 3 blocks after being the Spur who played the most (40 minutes).

From the second unit, 16 points from Patty Mills and 15 from Rudy Gay.