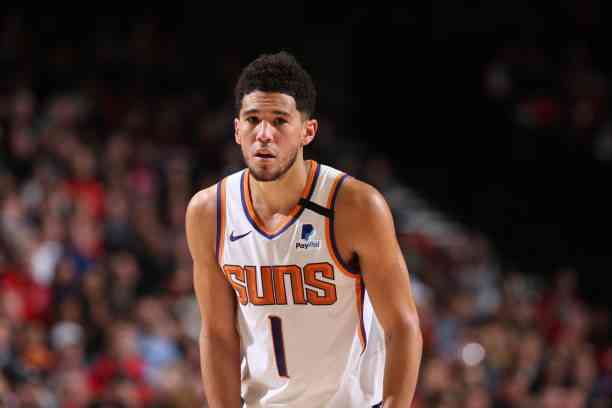 Embiid is about to send the game into extra time with what could be the play of the year.

It could be the miracle of miracles, the great play of this season. Chris Paul missed his second free throw with 0.8 seconds left and a score of 113-116, Joel Embiid captured the rebound and desperately launched a shot practically from hoop to hoop and he did not enter by a miracle!

Throw over the horn with one hand as he captured the rebound, shot from 25.5 meters and the ball that flew as if it would never come down until it hit the backboard of the Phoenix basket and go around the ring to be spit when it seemed that it was inside. The game would have gone to extra time, and the play would have gone viral like wildfire. In fact, even failing, the play has gone viral. Here you can see it.

Phoenix is ​​serious. In just 48 hours, he has beaten two of the most powerful teams in the competition in Milwaukee and Philadelphia. He beat the Bucks by one point, and today he did it by three (113-116) against the Sixers, although it is true that some Sixers with significant losses such as Ben Simmons, Tobias Harris and Seth Curry.

Basketball leaves us wonderful winks. One was that impossible play that Embiid almost made possible. Another is that a player who suffers an ordeal on the court can be crowned at the end of the game as an essential piece of his team’s success. It happened with Devin Booker.

Booker had a day to forget because the work on his Matisse Thybulle brand was simply spectacular. Thybulle’s defence (who put up 3 blocks in the game and left with 0 points in 36 minutes) reached staggering levels of excellence. But the last 2 minutes of the game came, and Booker’s immense quality came out to unbalance the game in favor of the Suns.

Booker scored 8 points in the final 2 minutes of the game, including a decisive shot from mid-range with 13 seconds to go.

In front of him an Embiid who did not give up. He didn’t do it to the point of scoring 9 points in those last 2 minutes.

The final resistance of the Sixers was Numantine. The hosts were able to score 3 triples in the last 7 seconds to force extra time! Embiid got the first 7 seconds from the end, Furkan Korkmaz made the second with 2.8 seconds to play, and Embiid sealed the tie with that triple kilometer on the horn that did not enter by a miracle.

Meanwhile, the essential player in Suns, beyond that great end of Booker, was none other than the exemplary Chris Paul. The Phoenix guard finished with 28 points, 8 assists without turnovers, and 5 of 8 from the triple. Every day Paul offers a chair in basketball.

Booker finished with 19 points and 7 assists thanks to his grand finale, Mikal Bridges added 18 points, Cam Johnson had 15 from the sub, Jae Crowder was injured and could only play 13 minutes, and Embiid widely outclassed Deandre Ayton. Overwhelmed the young Bahamian.

The Cameroonian fell in love again with his game: 38 points, 17 rebounds and 14 of 23 in the field goal. Of course, he lost 8 balls and got a good scare in the third quarter when he reached for his knee. Fortunately, the thing did not happen to the major.

They accompanied the Cameroonian, Danny Green with 18 points and 4 triples, the rookie Maxey with 14 points due to his usual impudence and the good work from the second unit of veterans George Hill Dwight Howard, in addition to the tremendous defensive work of the aforementioned Thybulle.

The Sixers remain leaders of the East after this loss because Brooklyn lost their game to Toronto and the Suns remain strong in the second position of the West.