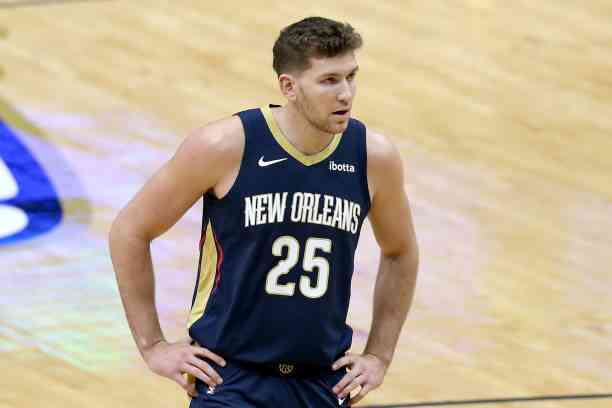 Lonzo Ball leads the victory against the Rockets (115-122) after scoring 8 triples.

All this before a broken team. Some Rockets dragged to the ground as knockdown material. The Pelicans won unconvinced. But he won. 115-122 victory at the Toyota Center. With Willy’s double-double. With undisputed leadership from Lonzo Ball.

Ball had 7 games out. Today he has dressed short again. In the first quarter he had already made 4 triples. At the end of the game, 27 points, 9 assists, and 8 triples. The best 3-point record of his career. His match ended early. At 1:24 left, he gave him a muscle tug. And he had to see the definition of the game from the side.

Van Gundy modified his script. He started Jaxson Hayes (played 29 minutes) and Steven Adams (played 22 minutes ) together. And he got Willy Hernangómez back for the competitive rotation. The Spanish had 26 minutes of play and was important in the outcome of the game. Willy played every crucial minute of the match. The final stretch was his. He even got 4 points in the last 3 minutes. Including a mate 46.7 seconds from the end. He finished with 15 points and 12 rebounds. And he didn’t miss a single field goal: 7 out of 7! Great performance.

New Orleans had 7 players on 10 or more points. One of them was James Johnson. Brightness. He added 18 points and 4 blocks.

Houston did not have John Wall in its ranks. And he lost in the second quarter to Danuel House Jr. with a sprained ankle.

The best venue was Kelly Olynyk. He added 26 points and 8 rebounds. Jae’Sean Tate added 19 points. And Christian Wood finished with 15 points and 12 rebounds.