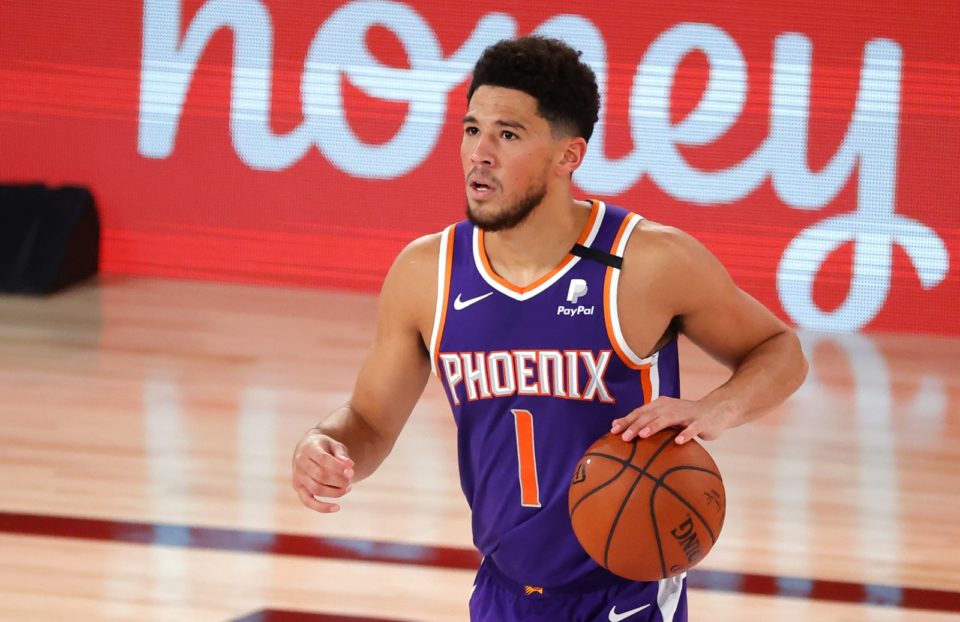 The Suns beat Houston, leaving the Texans with 11 straight losses. Warriors lose at Charlotte; Clippers give up at home to Chicago Bulls.

It was a matter of positive streaks, one of which remains, while two have been broken. Phoenix Suns continue in its happy Arcadia and have already added 8 consecutive victories. By contrast, the Warriors and Clippers lost their matches after winning the previous 7.

The Phoenix thing was sung, as they won 89-115 over the Rockets who accumulated 11 consecutive defeats. The party had little history.

The Suns, 7-0 in November, are taking advantage of a comfortable schedule and are showing that they stayed one step away from the title last season because they have an excellently armed team that gives them, for now, to be 9-3 in the standings despite suffering the loss of its starting center, Deandre Ayton.

Triumphant ride in Houston for the hosts of Monty Williams, with 26 points and 6 assists from Devin Booker and a great game from JaVale McGee, who from the start had 19 points, 14 rebounds, and 3 blocks in 25 minutes of play. Chris Paul, meanwhile, gave a defensive display to finish with 15 points, only 4 assists, but no less than 7 steals.

The Rockets lost 23 balls in the game (17 in the first half!). The home team had Christian Wood with 17 points and 8 rebounds and rookie Sengun with a double-double, while Spaniard Usman Garuba spent 5 inconsequential minutes on the court in which he added a couple of rebounds.

The Warriors, meanwhile, lost. Steve Kerr came to Charlotte to 11-1 with 7 wins to tie all you got home teams, but apparently did not sit well with him out of the Chase Center.

Balanced match in Charlotte and a 106-102 local victory with a decisive Terry Rozier, who scored all his points (20) in the second half and won a decisive jump between two by Draymond Green when the final seconds were played, and immediately afterwards score the 2 free games that definitively resolved the game.

The Hornets also had 22 points and 8 rebounds from Miles Bridges, who committed an on-duty court foul 0.6 seconds before halftime. LaMelo Ball (21 points, 7 rebounds, and 5 basket passes) offered an outstanding first half but lowered his performance in the second, and Kelly Oubre Jr., a former Warriors, was sent off in the fourth quarter for double technique.

In the Warriors, which is now 11-2, Andrew Wiggins had 28 points, Stephen Curry had 24 and 10 assists on a bad night shooting and rookie Kuminga offered flashes that make the Golden State fans begin to confirm their remarkable hopes in this talented player.

Clippers also had 7 straight wins (5 at home), polishing a not too demanding schedule and saving well, for now, the difficult situation of playing without Kawhi Leonard.

The rival was tough, some Bulls have started very well and are beginning to perform on their tour of the West despite not having Nikola Vucevic. They beat the Jazz, and now they beat the Clippers (90-100).

Good defensive game from the boys of Billy Donovan, with a stellar duo at the forefront of the offense. That duo was formed by DeMar DeRozan, who in his hometown had 35 points, 7 rebounds, 5 assists, and a series of 12 of 16 in the field goal, and Zach LaVine, author of 29 points, 8 rebounds, and 6 triples.

The Clippers ran aground in attack, scoring just 35.8% of their field goals and misplacing 19 balls.

Paul George had 27 points and 11 rebounds, but with a 7 of 25 shooting, Eric Bledsoe added 21 points, and Reggie Jackson, who had been doing very well, was 4 of 17 in the field goal.