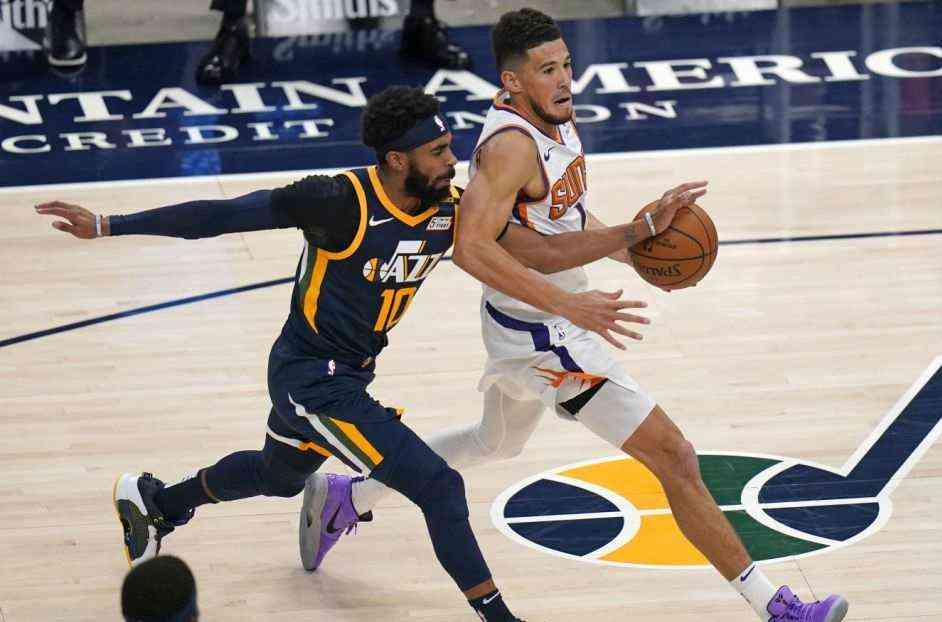 The Phoenix Suns have signed their biggest win of the season. Blunt 132-100 to dislodge a very well located team. Portland continues to do a season without McCollum and Nurkic. But this time, Terry Stotts’ team was outmatched on all sides. After breaking in the third quarter.

Those of Monty Williams get to 20-10. After winning 9 of their last 10 games! The only one they lost was to the Nets and by 4 points. A whole trajectory.

The home team was able to win, with Chris Paul scoring just 2 points. He scored them by playing the third quarter. He finished 1 of 9 on the shot. It was not his night. But at least he gave 9 assists.

The man of the match was Devin Booker. Splendid and his first quarter (17 points). At the end of the game, 34 points. With 12 of 17 in the field shot. Playing only three quarters. And putting shots in the last seconds of the second and third acts.

The game was definitely broken in that third quarter. The result at halftime had been 61-52. With a basket on the horn of the ubiquitous Booker. By then, the guard already had 22 points. But it was the aforementioned third quarter when the game was blown up. 37-17 partial for a tremendous 100-71! The game seen for sentence.

The Suns hit 14 of 23 on the field goal in the fourth that broke everything. And 5 of 8 from triple. After the third period, the team had only lost 3 balls. The dominance was overwhelming.

The end of the quarter was tremendous for Portland. Booker hit a 3-pointer with 2 seconds left for 97-71. The Blazers fumbled the ball directly. Without the clock ticking. Monty Williams Slate. Take off from Chris Paul. Ball for Cam Johnson. And triple over the horn for 100-71. An incredible ending. Or how to fit 2 triples in 2 seconds. To make him look at it. The last quarter was left over.

In addition to Booker, 19 points from Deandre Ayton. And Dario Saric and Cam Johnson contributed from the second unit. The team only lost 7 balls in the whole game. He defended at a high level at the time of breaking the game. And it was an attacking steamroller all night.

Portland did not give more of itself. Damian Lillard supported the team as far as he could. He added 24 points and 7 assists. It was not good from the triple. Nassir Little had 18 points. Something could be seen of Carmelo Anthony. Some details. And the rebounding ability of Enes Kanter. Although this time, he did not even contribute to the attack.