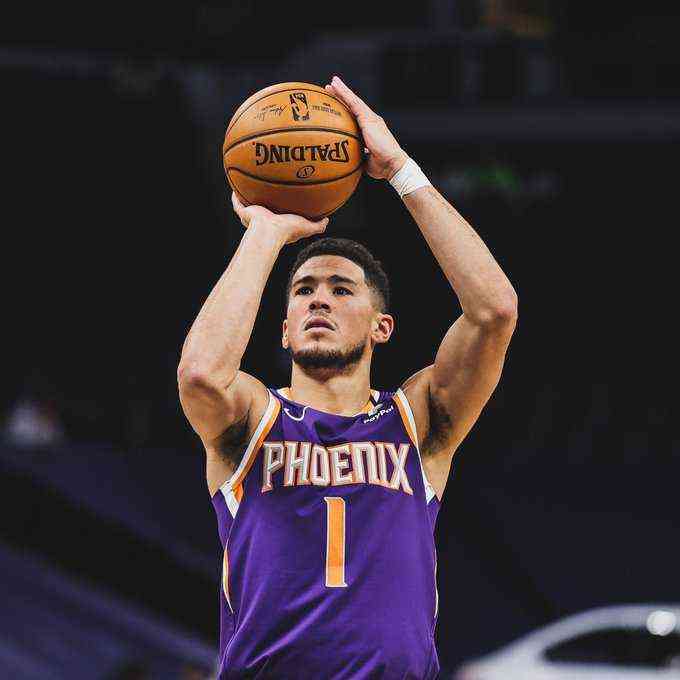 Phoenix Suns, the team led by Monty Williams, starts March tied with the Los Angeles Clippers as the third best team in winning percentage (66% in 33 games), a team that would lead the Eastern Conference if it were not part of the Western Conference (Philadelphia Sixers has a WIN% of .64). Their performance’s efficiency is reflected in their last 13 games, having won 11 of them against rivals such as Milwaukee Bucks, Philadelphia Sixers, and Portland Trail Blazers.

Phoenix in February had a 12-3 record, only Utah Jazz played better in that period. In the month, the Suns scored the following:

Phoenix will feature two players in the All-Star Game. Initially, Chris Paul was going to be the only one, but Devin Booker was chosen to replace Anthony Davis due to his injury.

Both players have led their team to 22 wins in 33 games, increasing their chances of qualifying for the postseason, a feat that has not happened since 2010.

The last time two members of the Suns were selected to an All-Star Game was in the 2009-2010 season (Steve Nash and Amar’e Stoudemire).

Other than their stars, they feature 4 other players scoring 10 points or more per game (DeAndre Ayton, Mikal Bridges, Dario Saric, Cameron Johnson). Ayton averages 60% FG%, the best on the team and the highest of his career, as well as 2P%, eFG% and rebounds.

Mikal Bridges is one of the most efficient players of this basketball franchise; his contribution to defense is fundamental. Night after night, he is in charge of defending the best players of the opposing team. His high performance is not only perceived on one side of the court but on both.

Phoenix competes and inspires. They are playing great basketball, they have a remarkable winning streak, and they have one of the season’s best backcourts. Chris Paul is leading this young core to a long-awaited postseason, and Booker, game after game, consolidate himself as one of the best scorers in this sport. Every night he shows off his incredible offensive skills. In Phoenix, the atmosphere of transcendence is heating up.