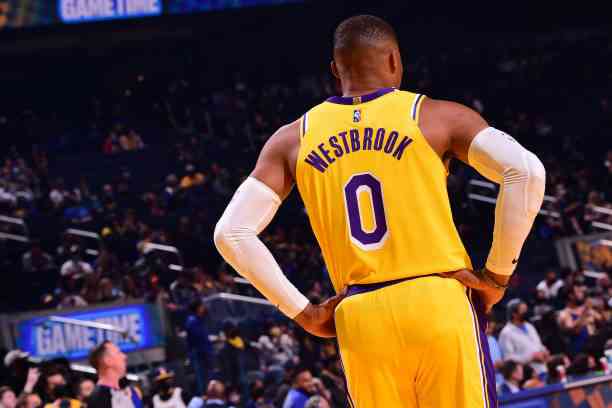 Campazzo and Bolmaro face-off and Ricky Rubio ends up as Cleveland’s top scorer.

The day of preparation games brought us the premiere of Russell Westbrook with Lakers, poor start of the triple-double king, the first appearance on the scene of LeBron James, the Argentine duel between Facundo Campazzo and Leandro Bolmaro, and the scoring streak of Ricky Rubio with the Cavs.

The night left us with the Warrior’s triumph over Lakers (121-114) with a spectacular performance from the outside duo formed by Stephen Curry (30 points and 5 steals, although 3 of 14 from the triple) and the very fit Jordan Poole (28 points and 6 triples).

Anthony Davis did not play for the Lakers, but Westbrook and LeBron did debut in the preseason. Both did not perform at a good level, especially rookie Westbrook, who finished with 1 of 7 shooting and 6 turnovers. The best thing about the Lakers was the great performance of veteran Dwight Howard from the second unit: 23 points and 12 rebounds in 24 minutes.

Meanwhile, the Argentine duel at the Nuggets-Timberwolves was resolved in overtime in favor of Minnesota (112-114). Campazzo added 5 points, 3 rebounds and 4 basket passes in 26 minutes and Bolmaro had 4 points, 2 rebounds and 1 assist in 13. Nikola Jokic touched the triple-double.

Another Hispanic, Spanish Ricky Rubio, was great. Top scorer for his team despite only playing 18 minutes. The Catalan base scored 14 points with a series of 6 of 10 in the shot, but Cleveland lost 100-119 before a Pacers led by an almost infallible Malcolm Brogdon.

Also noteworthy is the excellent form of Luka Doncic (14 points, 8 rebounds and 9 assists in 18 minutes) in Dallas’ win over Clippers, Tyler Hero’s new scoring game in Miami’s victory against San Antonio and Lonzo Ball’s high level in the Bulls’ overwhelming victory over the Pelicans, with Willy Hernangómez playing 13 minutes. Ball shone before his former team.

The a priori attractive Nets-Bucks was nothing because Milwaukee left all its important men out of the game. Kevin Durant and Joe Harris led the victory for Brooklyn, which is still without Kyrie Irving and does not seem to have a James Harden in his physical prime.