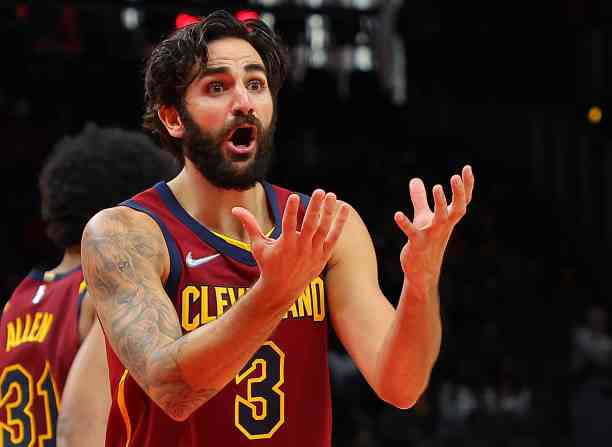 Matchday with a Hispanic flavor marked by the suspension of one of the 4 scheduled games, the Grizzlies-Bucks, due to the fire alarm going off and the FedExForum had to be evacuated, which prevented the fourth quarter from playing.

The Spanish Usman Garuba, the Dominican Chris Duarte, and the Colombian Jaime Echenique made their debut in the NBA unofficially, while Ricky Rubio played his first minutes with the Cleveland Cavaliers.

The Cavs fell sharply to a stronger Chicago Bulls (131-95). The trio of Zach LaVine (25 points), Nikola Vucevic, and newcomer DeMar DeRozan was seen on the track for the first time. They also premiered Lonzo Ball -titular- and Alex Caruso -Alternate with 10 points and 10 assists in 20 minutes-.

The 80-45 run in the central quarters was vital. Rookie Mobley, Finn, Lauri Markkanen (13 points in 16 minutes), and Ricky Rubio, who was a substitute and was very active, played in Cleveland: 10 points, 5 rebounds, and 6 assists in 20 minutes.

Usman Garuba, meanwhile, only had 6 minutes in the Rockets-Wizards (125-119). He had 5 points, and 1 rebound in a victory led by his teammate Kevin Porter Jr. The newly signed Kyle Kuzma, Montrezl Harrell, and Spencer Dinwiddie played in the Wizards, and so did Jaime Echenique, who dreams of being the first Colombian to play in the NBA. He signed 4 points in 10 minutes.

Spectacular Dominican Chris Duarte in the defeat of his team. Indiana lost 125-104 to the Knicks who put almost all of their top men on the track, including debuts by Celtics Kemba Walker and Evan Fournier and Julius Randle’s 20 points and 9 rebounds. Premiere with Pacers by coach Rick Carlisle and brilliant minutes by Duarte from the second unit: 15 points and 5 assists in 20 minutes.

Memphis-Milwaukee only had 3 quarters (87-77). Then came the suspension. Stellar Ja Morant against Bucks without all their stars. The Spanish Santi Aldama did not play.