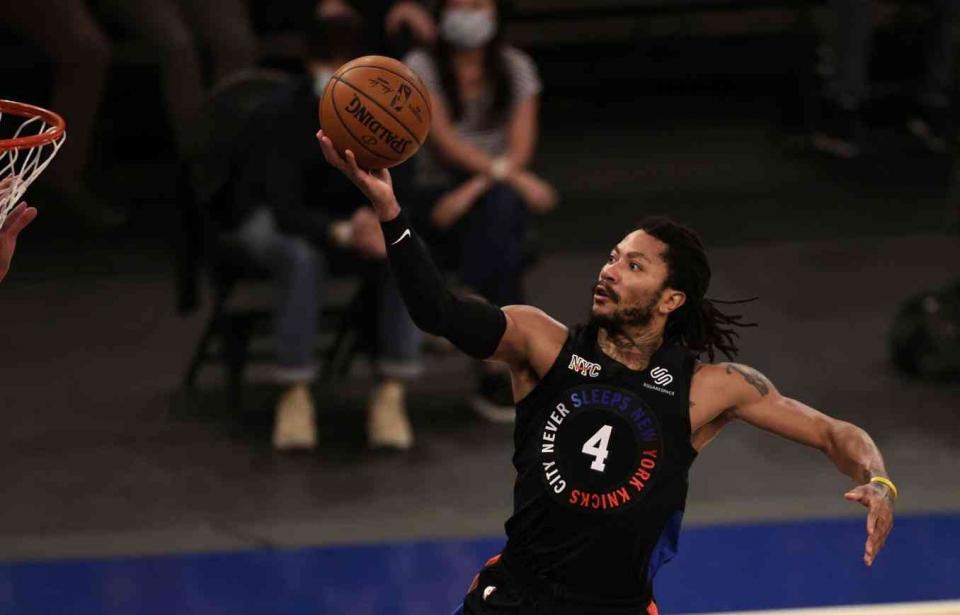 The Knicks are still on their particular honeymoon with the game. Tom Thibodeau’s team defeated the Pelicans for the second time in a week, winning 122-112 in overtime for their sixth consecutive victory.

Not even Zion Williamson’s good professional debut at Madison Square Garden could stop the brilliant run of results for the Knicks, who haven’t had as many consecutive wins since 2014.

Julius Randle was once again the great beacon that illuminated the local game, but the performance of Derrick Rose must be highlighted, as Rose was the player who took the game to extra time with a truly brilliant final quarter.

Randle finished with 33 points, 10 assists, 5 rebounds and 5 steals to chain four games in a row without dropping 30 points, something that no member of the Knicks has achieved since Carmelo Anthony did it in 2014. Randle added 5 points and 2 assists in overtime, scoring the triple that practically certified his own victory.

Rose was essential in the triumph. He scored 6 points in the last 3 minutes of the fourth quarter and developed the clever play that allowed Reggie Bullock to take the game into extra time from the triple. Then, he scored 4 points in overtime to finish with 23 points and 5 assists, and a +22 for his team with him in command.

The Knicks had to deal the game’s final stretch without RJ Barrett (fouled out 4:07 before the end of the fourth quarter) and without Nerlens Noel (he fouled 1:57 after overtime), two players that were important in the meeting. Barrett had 18 points, and Noel had 12 points, 8 rebounds and 2 blocks, one of them impressive when blocking a dunk attempt in Brandon Ingram’s extra time. The pivot’s work on defense is always exemplary, as is the case with Bullock.

The Pelicans had the game in their hands. He was winning 92-99 with less than 4 minutes to play, but the end of regulation time was not conducive to him. Rose put on the match solving work suit, faced the hoop successfully and with 100-103 on the scoreboard he had the crucial ball at his disposal, penetrated and avoided the easy 2-point basket by doubling the ball for Bullock to score from the triple 103-103 2.3 seconds from the end. As if that weren’t enough, on the last play, Rose could block Eric Bledsoe’s shot to bring the game into overtime.

Already in overtime, the Knicks’ unrestricted dominance, with a 19-9 run to win 122-112. Randle scored 5 points, gave 2 assists, and his was the fantastic triple on the horn of possession that put the 117-109 with 53 seconds left to practically end the game.

Pelicans had Zion with 34 points, 9 rebounds and 5 assists. It was his NBA debut at Madison. Eric Bledsoe finished with 22 after scoring 20 points after the break, being essential in the great start of the third quarter for his team, a start with a 2-13 partial (10 points from base) that served to put the game almost in balance ( 59-57) after the first half had ended 57-44 after a great defensive exercise by the New York team.

Those of Stan Van Gundy improved on offense in the second half as they left behind the grisly 1 of 12 who had basked in the first half from triplets. Bledsoe, a great alley-oop with Zion in the third quarter, was the piece that helped the Pelicans to rebuild their game and leave their precarious situation behind.

The beginning of the last quarter was a roller coaster ride. Partial start of 0-5, partial response of 9-0 and concentration of negative excesses at a given moment with stones from Ingram and Zion and extreme airball from Bullock. Then, little by little, the sights of both teams adjusted until we had a nice finish.

At Pelicans, Brandon Ingram left the game with 19 points and a poor 6 of 18 on the shot, Steven Adams signed a double-double with 10 points and 14 rebounds, Lonzo Ball showed that he still cannot find his place after returning from his injury and Willy Hernangómez did not jump on the track.

The home victory ratifies a season in which the Knicks are well above expectations and the Pelicans, well below.

Tatum Scores 53 Points And Boston Wins In Overtime At Minnesota