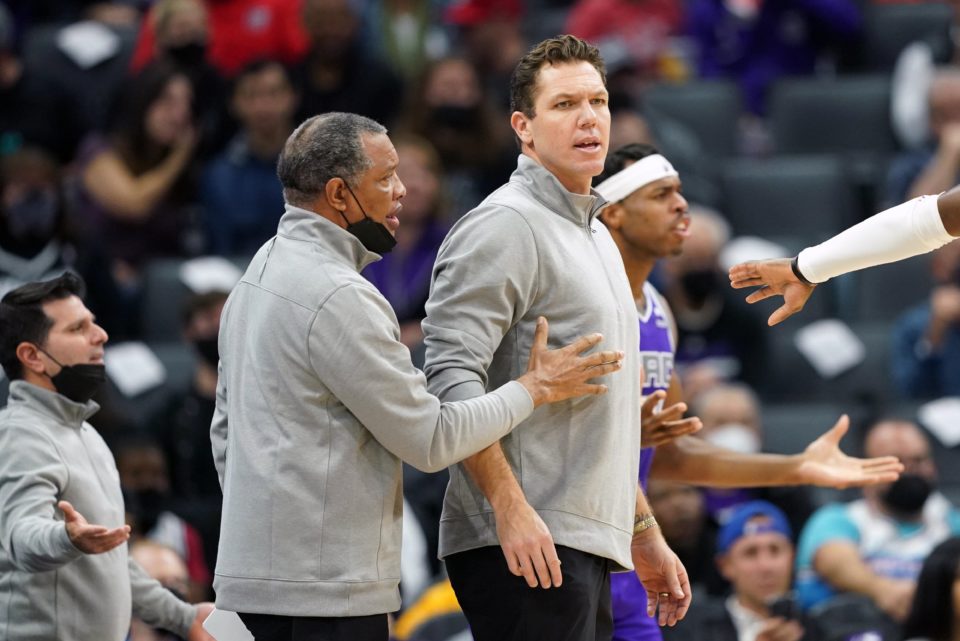 Luke Walton loses his position after losing the team in 7 of their last 8 games. Assistant Gentry takes over with 17 years of experience as head coach.

Many times the jug seemed to go to the source, and in the end, as in the story, it broke. After walking a tightrope for a while, Luke Walton has been fired, the Sacramento Kings has announced.

The Kings had lost 7 of their last 8 games to be 6-11 at the start of the season, out of the play-in spots.

Assistant Alvin Gentry will assume the leadership of the team, but will do so on an interim basis, while general manager, Monte McNair, looks for a head coach that he considers his own, since we must not forget that Walton was a signing of the later ousted Vlade Divac.

Gentry is 67 years old and has an extensive record as head coach in the NBA, no less than 17 years in charge of the Pistons, Suns, Clippers, Heat, and Pelicans, his last team, to total 510 victories in the regular season.

As for Walton, 41, he was in his third season with Kings, with a general balance of 68 wins and 93 losses, and in his sixth season as head coach in the NBA, having previously managed the Lakers for 3 years.

Sacramento Kings is the NBA franchise that has not made the playoffs for the longest years, specifically 15 years since they got their last postseason access in 2006 with Rick Adelman.

In those 15 years, the team has had 10 coaches. Some leave, others arrive, but the Kings never seem to be in the playoff key.