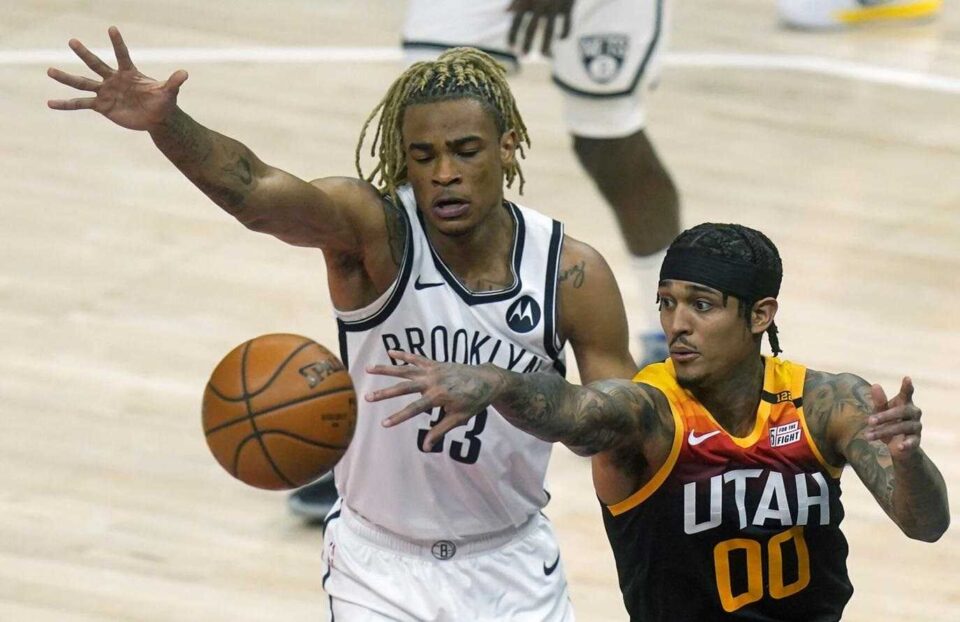 Utah wins by 30 points in an unpresentable nationally televised show. The Jazz-Nets went from being a great poster to be televised at the national level in search of the best basketball to becoming a mock game due to the losses of the visiting team, losses that spoiled the game to such an extent that they ended up destroying it.

Brooklyn faced the game without Kevin Durant (injured), Kyrie Irving (personal reasons), James Harden (neck problems), Blake Griffin (rest), and Landry Shamet (ankle injury), and only put Joe in play for 5 minutes Harris to seat him immediately and give him a competitive breather as well. The NBA fine is chewed.

With those wickers, the New York team came to nothing. Players like Jeff Green, Bruce Brown, Nic Claxton, or DeAndre Jordan, who were doing quite well, saw how problematic it is to play basketball without any big three members to help them.

Suffice it to say, the Nets’ best player was Alize Johnson, who just signed a 10-day contract. He had 23 points and 15 rebounds. And Chris Chiozza added 10 points and 11 assists, allowing himself to throw 16 shots.

For the rest, there was no match. Utah Jazz, who faced the entire match, solved this embarrassing ballot in just a few minutes. In the first quarter, we go: 38-17 and something else.

The Jazz won the trantrán, as if they were in training without demands. It is an exaggeration, of course, but the truth is that the party as such did not exist. At the break, 63-38. At the end of the third quarter, 90-61. And in conclusion, 118-88. It was a joke in bad taste for the spectators who were in the stands and those who stood in front of the television.

Victoria with no Utah history, who did her job with commendable professionalism. Donovan Mitchell, who had 20 points at halftime, finished with 27 points and 7 assists, Mike Conley with 18 points, and Bojan Bogdanovic with another 18, giving the note Jordan Clarkson, who in such a relaxed game was dedicated to shooting and shooting and fail and fail. He finished 1 of 15 on the field, including a 1 of 11 from the triple.

The locals made 23 triples of 55 attempts, they could have won the same without having given us such a string of triple shots, and the visitors finished with 36% in the field shot for those poor 88 points.