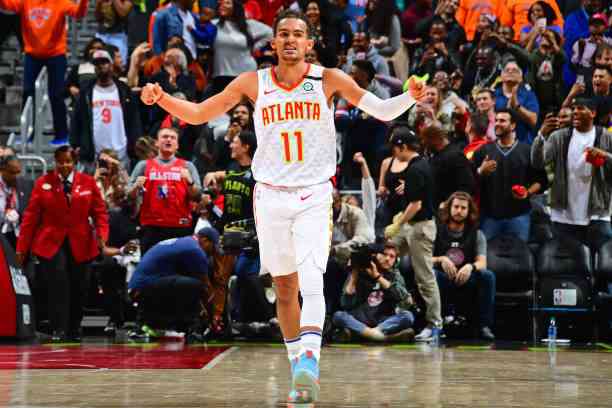 The Hawks surprise in the 2021 NBA playoffs. They advanced to the Eastern Conference Finals thanks in large part to a sensational Trae Young. The 22-year-old confirms that he is a star of the league and incidentally the cornerstone of the Atlanta project.

He is currently in the third year of his rookie contract, and from now on, they are beginning to talk about what the negotiations for his extension will be, a decision in which it seems that the Hawks will spare no effort and will give him a maximum contract.

Young concluded his third regular season with the organization registering an average of 25.3 points and 9.4 assists in 63 games played. Although his offensive numbers declined with the arrival of other figures, his impact on the game did not stop growing.

He took his performance to another level in the current postseason, beating strong defenses like the New York Knicks, Philadelphia 76ers, and now the Milwaukee Bucks. He averages 30.5 points and 10.5 assists per game during the postseason.

Under this scenario, there is not much to analyze on the part of the Atlanta Hawks, who for years had tried to find once again a team with which to play at the top of the table, and they are achieving it with this young man from the University of Oklahoma.

Young’s current deal makes him eligible to next sign a maximum five-year $ 168 million extension before getting into a qualifying order. He would start earning from 2022-23 a salary close to $ 33 million, in contrast to the $ 6.5 million he receives today.

The Hawks leadership made a notable effort to sign players such as Danilo Gallinari and Bogdan Bogdanovic, but now they will have to make very important decisions both in the case of Young and that of John Collins, who will surely choose to be a free agent for the next season.

There is no question. They have to secure it with a millionaire pact as soon as possible.